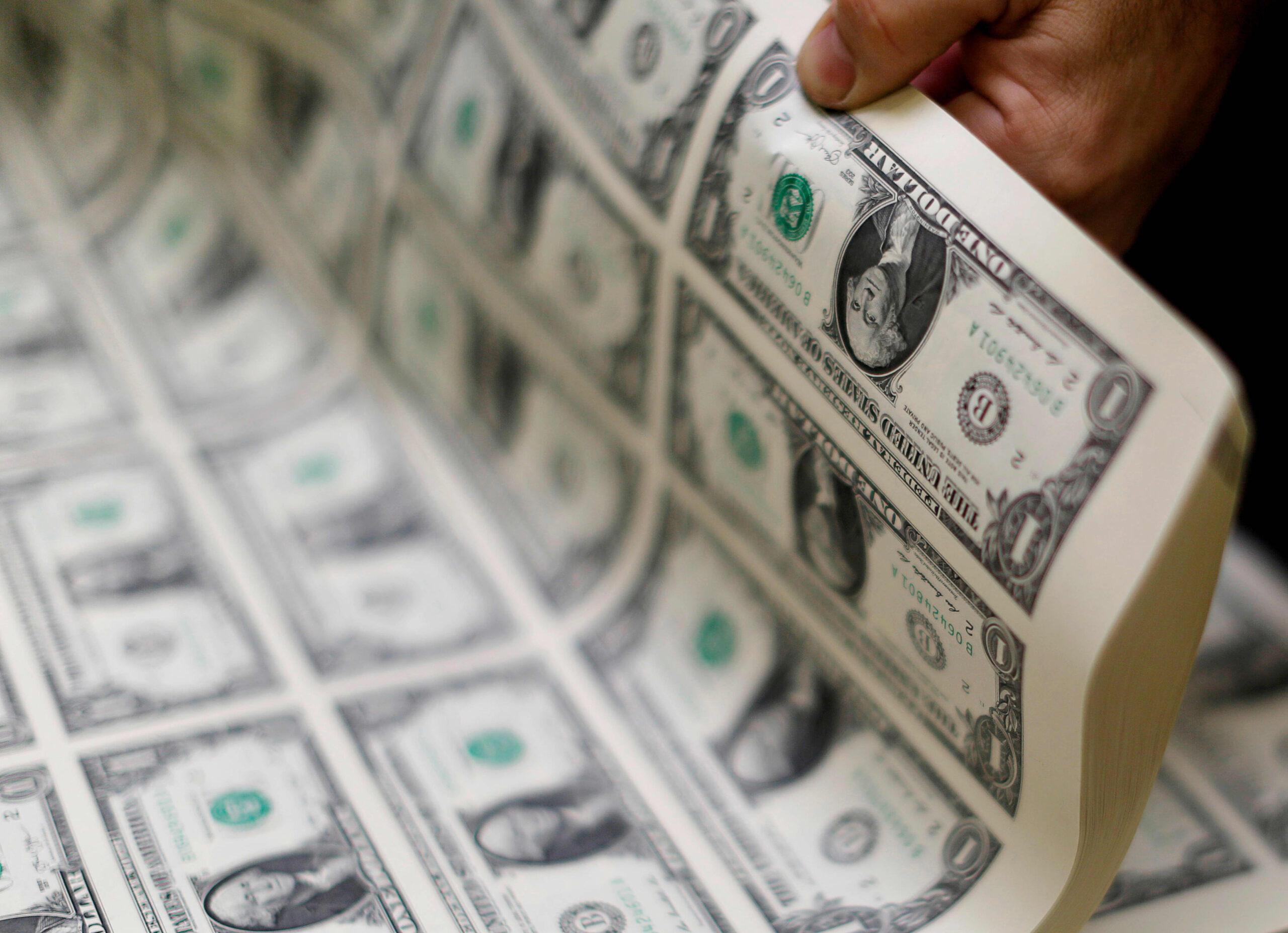 United States one dollar bills are curled and inspected during production at the Bureau of Engraving and Printing in Washington November 14, 2014.

The U.S. dollar is currently hovering around lows last seen in April 2018 as investors continue to pour back into riskier assets, and analysts expect this weakness to persist into 2021.

As of Friday afternoon in Europe, the DXY U.S. dollar index was trading at around 90.68, down by around 6% year-to-date despite having climbed above the 102 mark in March, as the coronavirus pandemic spread globally and sent investors running for safety.

A series of successful vaccine trials has driven a windfall for equity markets and other riskier asset classes over the past month, however, causing the greenback to slide against most G10 currencies. Both the euro and pound sterling hit two-year highs against the dollar on Thursday, while the Swiss franc notched an almost six-year high.

The combination of vaccine progress, Joe Biden’s U.S. election victory, a possible coronavirus aid package from Washington and the Federal Reserve’s commitment to maintaining its unprecedented accommodative monetary policy stance has generated expectations for reflation in 2021. This reflation trade has led analysts to project further downside momentum for the dollar.

“We forecast another 5-10% dollar decline through 2021 as the Fed allows the U.S. economy to run hot,” ING chief economist Carsten Brzeski said in a research note Thursday, and the Dutch lender sees the euro well on its way to changing hands at $1.25.

“It is probably about now we will start to hear the phrase from a former U.S. Treasury Secretary that the dollar is ‘our currency, but it is your problem,'” Brzeski said, suggesting that these words will resonate in Frankfurt as the ECB meets on Dec. 10.

“The good news for the ECB, however, is that because of the broad nature of the dollar decline – including against Asia – the trade-weighted euro has barely budged,” he added.

Brzeski highlighted that the big winners so far have been high “beta,” or more volatile, currencies, including the Norwegian krone, New Zealand dollar and Brazilian real.

While the broad dollar decline and equity market rally are likely to slow down from now, their strong inverse relationship is likely to hold firm, according to Capital Economics’ senior markets economist Jonas Goltermann.

“The relative movements of the past month are consistent with the correlation between equities and the dollar observed this year, which is around its strongest level since the period following the global financial crisis (GFC),” Goltermann said in a note Thursday.

“We think that a similar backdrop of accommodative Fed policy and a recovering global economy will maintain this tight connection between a weaker dollar and higher equities.”

He noted that shifting risk appetites had become increasingly tied to dollar performance since the onset of the pandemic, with policy rates and government bond yields relatively stable at low levels throughout much of the world, a trend similar to that in the period after the GFC.

“This only changed after the ‘Taper Tantrum’ in 2013 and the relationship between appetite for risk and the dollar then weakened further as Fed tightening loomed,” Goltermann said.

The “Taper Tantrum” was a period of reactionary panic from investors upon learning that the Fed was halting its quantitative easing program, and resulted in a sudden spike in U.S. Treasury yields.

“We think that policy rates and government bond yields throughout much of the world will once again remain well-anchored for at least a few years, and possibly for much longer,” said Goltermann.

“So, regardless of how quickly vaccines are rolled out, we expect appetite for risk to remain a key driver of the dollar.”