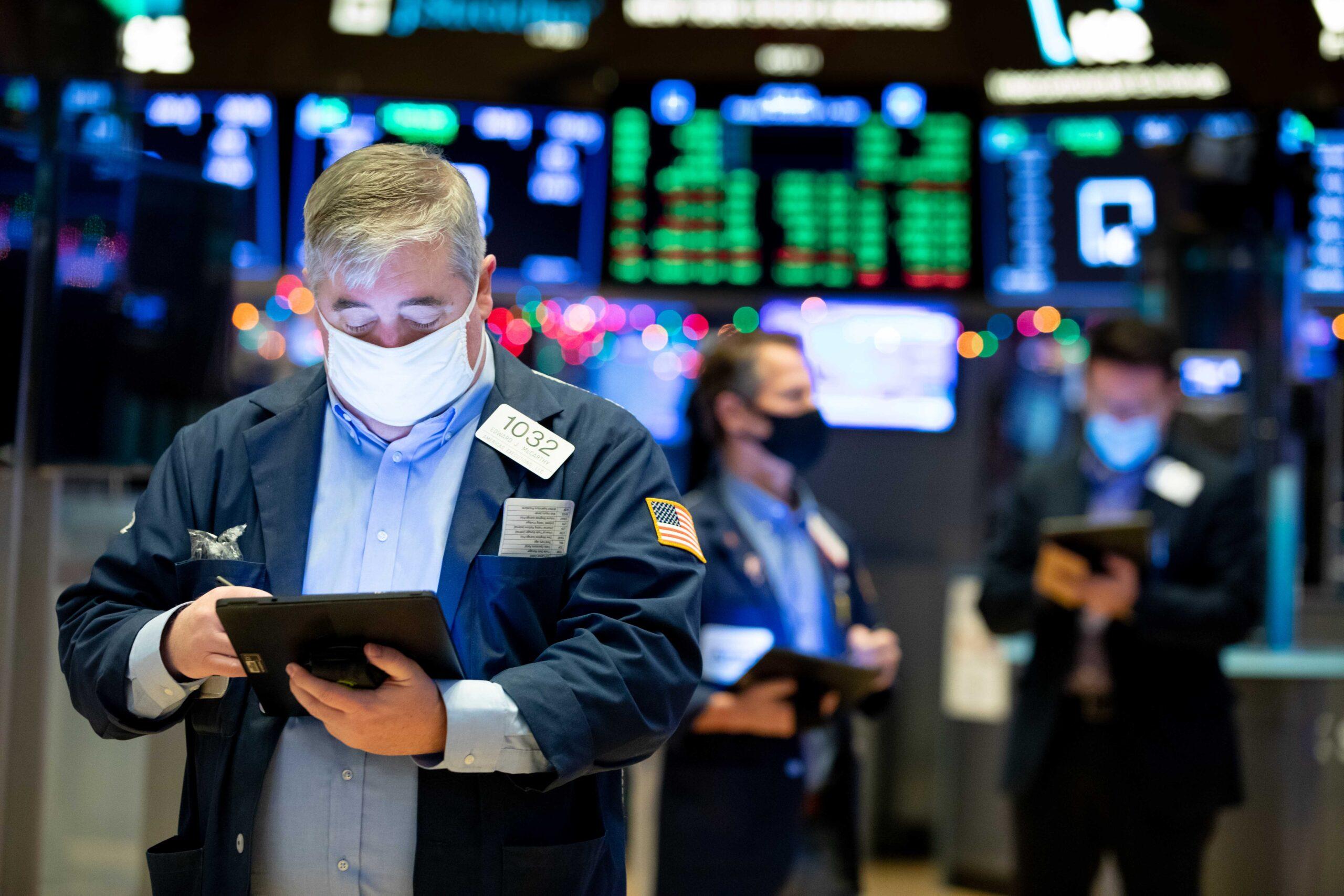 U.S. stock futures were little changed early Tuesday morning as Congress continued negotiations on another economic relief package and vaccines began to roll out across the country.

Futures contracts for the Dow Jones Industrial Average gained just 13 points. Those tied to the S&P 500 hovered above the flatline while Nasdaq 100 futures were in mildly negative territory.

Lawmakers released the latest proposal for another round of economic relief on Monday evening, splitting a previous bipartisan proposal into two parts.

The new plan calls for $748 billion in spending for programs that are popular on both sides of the aisle, including an additional $300 per week in federal unemployment benefits and another $300 billion for more loans under the Paycheck Protection Program.

A second $160 billion bill would include the more contentious areas of business liability protections and financial aid to state and local governments.

The latest step toward a stimulus deal comes as investors and Americans at large grapple with a bleak near-term outlook but prospects of economic growth and the possible end of the pandemic in 2021.

The first round of shots from the vaccine developed by Pfizer and BioNTech were given in the U.S. on Monday, but the country also passed 300,000 deaths from Covid-19, according to data from Johns Hopkins University. New York City Mayor Bill de Blasio also warned residents that a full shutdown may be needed to protect the city’s hospitals.

Luke Tilley, chief economist at Wilmington Trust, said that another stimulus package was needed to keep the economic recovery from stalling before the vaccine can be distributed.

“With the continued rising cases and mass vaccinations still a ways out, we could see some further weakness in jobs and even a flattening where we’re not even adding jobs at all … that’s absolutely a possibility for this next jobs report,” Tilley said. “And if we were to not get another stimulus package, you’re going to have 10 to 11 million people fall off the unemployment rolls right away, and that would hit spending as well.”

The move in futures follows a mixed session on Monday where the tech-heavy Nasdaq Composite and the small-cap Russell 2000 rose while the S&P 500 and Dow fell. The 0.4% decline for the S&P 500 was its fourth-straight negative day.

Even with recent weakness for the S&P 500 and Dow, the three major indexes are trading near record highs are up sharply for the year. David Waddell, chief investment strategist at wealth advisory firm Waddell and Associates, said that may moderate what is typically a bullish seasonal trend for stocks.

“We may have already gotten a little bit of a Santa Claus rally,” Waddell said. “So normally the markets would accelerate from here into year end, and they may again, but the run has been such a strong one, I wouldn’t be surprised, and actually I’d rather, if the market consolidated its gains a little bit.”

On Tuesday, investors will be watching new data from the Empire State Manufacturing Survey to get a read on that segment of the economy. The Federal Reserve will also begin its two-day December meeting, with a policy statement and press conference for Chair Jerome Powell scheduled for Wednesday.