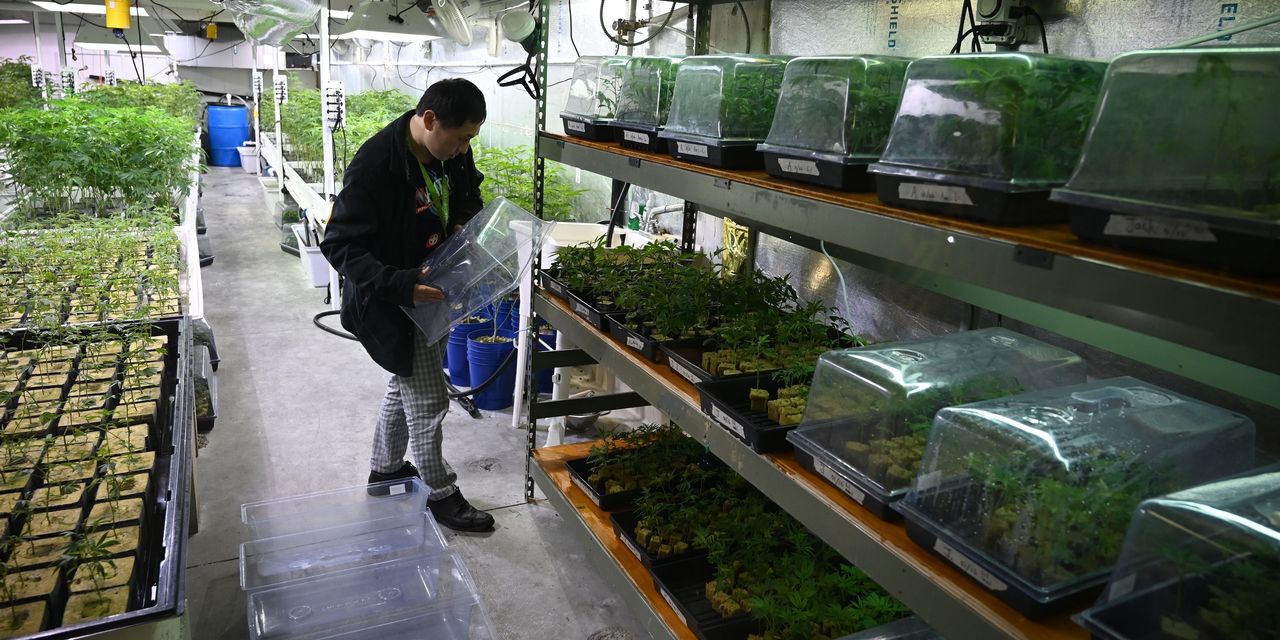 The recent broad rally in the shares of Canadian cannabis companies on excitement about the possibility of a lifting of the U.S. federal ban looks ‘misplaced,’ given only Canopy Growth Corp. will be able to immediately operate in the U.S. if the law is changed.

— Canopy has an option to merge with Acreage that will be triggered if the U.S. law changes — gives it an instant foothold in what is expected to be the biggest cannabis market in the world.

“Canadian operators would have to bid/build assets in the U.S.,” Kirk wrote. “[N]o other Canadian name has an immediate U.S. opportunity when permissibility arrives.”

Canopy is the exception and he believes the U.S. market could be pried open as early as this year, “but it is clear that U.S. opportunity (and not Canadian) deserves to drive the value of Canopy shares,” he wrote.

Hopes for an end to the U.S. federal ban on cannabis have grown since the election of President Joe Biden and Vice President Kamala Harris, both of whom are viewed as being pro reform. The U.S.’s strict stance on the plant, which classifies it as a Schedule I drug along with heroin, has hampered the development of the sector, which is confined to those states that have legalized for medical or recreational use and kept companies out of the federally insured banking system.

Hopes were boosted last week after three Democratic senators led by Majority Leader Chuck Schumer said they would make reform legislation a key priority in the current Congress, bolstering hopes for an end to federal prohibition.

Experts are optimistic that at the very least, the current administration will introduce safe-harbor language for banking, enable companies to uplist to established U.S. exchanges and crack open the capital markets to institutional funding, all factors that current legislation has prevented.

Kirk, who rates Canopy as neutral, also wrote that the company’s recent closure of facilities have brought it closer to growing quantities that better match demand. In December, the company announced it would shut operations at four indoor sites and cut 220 jobs, to better align its business with the Canadian market.

” While disclosures around kilograms produced have changed, Canopy and the industry are becoming more rational,” he wrote. “That said, industry inventory balances, which are already ~2 years of demand, continue to grow. We believe pricing pressure will continue and margin progress will be dependent on product consistency and brand building.
Canopy is expected to post a third-quarter loss per share of 32 cents early Tuesday on revenue of C$149.8 million ($117.5 million), according to analysts polled by FactSet. Kirk said he is slightly below on topline estimates at C$144.9 million.

” We expect Canada to remain a difficult, largely commoditized market,” he wrote.

See also: New York is finally expected to legalize cannabis in 2021 as Gov. Cuomo goes all in

Canopy shares were up 3% Monday, and have gained 125% in the last 12 months, while the Cannabis ETF
THCX,