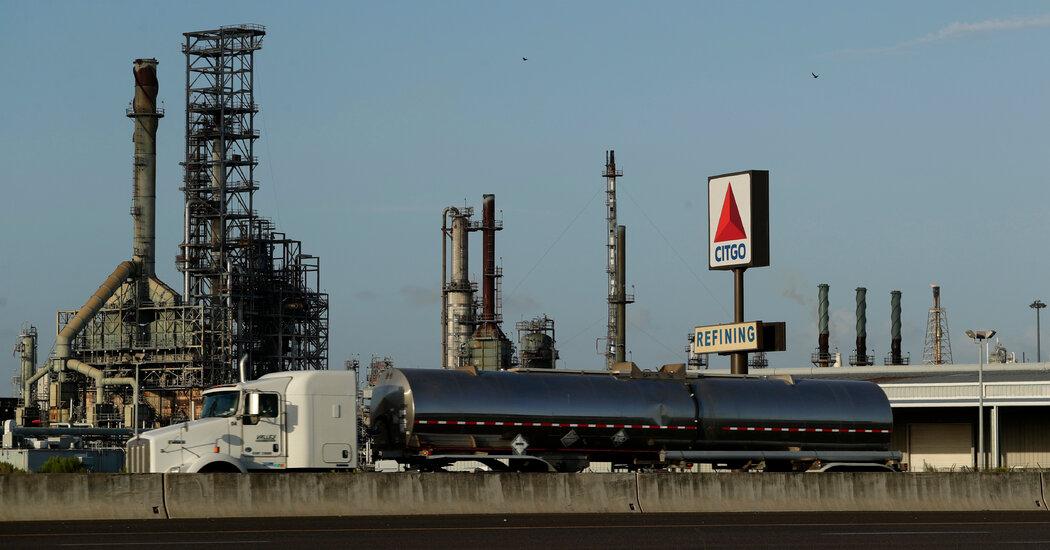 WASHINGTON — The Trump administration imposed sanctions on Wednesday on two Venezuelan officials for their roles in sending six American oil executives to prison on corruption charges.

Those penalized by the United States government included a judge, Lorena Carolina Cornielles Ruiz, and a prosecutor, Ramon Antonio Torres Espinoza, for their involvement in a court case that resulted in six officials from the Houston-based oil company Citgo being sentenced to prison for eight to 13 years, the Treasury Department said.

American government officials said the executives — the so-called Citgo 6 — were “unjustly imprisoned” in Venezuela, and were made subject to an unfair trial that was criticized by the news media and human rights groups for its lack of transparency.

“The unjust detention and sentencing of these six U.S. persons further demonstrates how corruption and abuse of power are deeply embedded in Venezuela’s institutions,” the Treasury secretary, Steven Mnuchin, said in a statement. “The United States remains committed to protecting its citizens and targeting those who contribute to the illegitimate Maduro regime’s usurpation of power in Venezuela.”

As a result of the sanctions, the United States will freeze any property and assets that Judge Cornielles and Mr. Torres have in the United States, the Treasury Department said, though it is unclear if either of them have any.

The Treasury Department’s actions are the latest turn in a long-running saga over the arrest of the six Citgo employees. The Houston company is owned by Venezuela’s state-controlled oil company, PDVSA.

The men were charged with embezzlement related to a deal that would have refinanced Citgo bonds worth as much as $4 billion, which the Venezuelan government said did not have approval from the appropriate authorities in President Nicolás Maduro’s administration. The proposal was never executed, and all six have said they are innocent.

The men’s families have told American news outlets that they were being held in inhumane conditions and have suffered severe weight loss during their detention. Five of the men are Venezuelan-Americans with roots in Texas and Louisiana. One is a permanent U.S. resident, according to news reports.

Two of the men — Mr. Cárdenas and Mr. Toledo — have been released on house arrest in Caracas since July, after former Gov. Bill Richardson of New Mexico and a team of negotiators made a humanitarian visit to Venezuela on their behalf.

In August, weekly trials began being held for the six men. In November, Judge Cornielles handed down a ruling that found the men guilty of corruption. Five were sentenced to eight years and 10 months in prison, while one was sentenced to 13 years.

Efforts over the years by the United States government to secure the release of the men have been unsuccessful. The case is just one of many points of tension between Mr. Maduro and the Trump administration, which recognizes the opposition leader Juan Guaidó as the rightful leader of Venezuela.

Secretary of State Mike Pompeo said in a statement on Wednesday that Judge Cornielles and Mr. Torres “played critical roles in the kangaroo court trials of each of the Citgo executives.” He added that their court proceedings were “were marred by a lack of fair trial guarantees and based on politically motivated charges.”

In 2017, Mr. Maduro’s administration had said that the arrests of the six executives were necessary steps to rid the country’s oil industry of corruption. His administration also arrested the head of PDVSA, a former oil minister and a string of others as part of his purge of the country’s once-thriving oil trade.