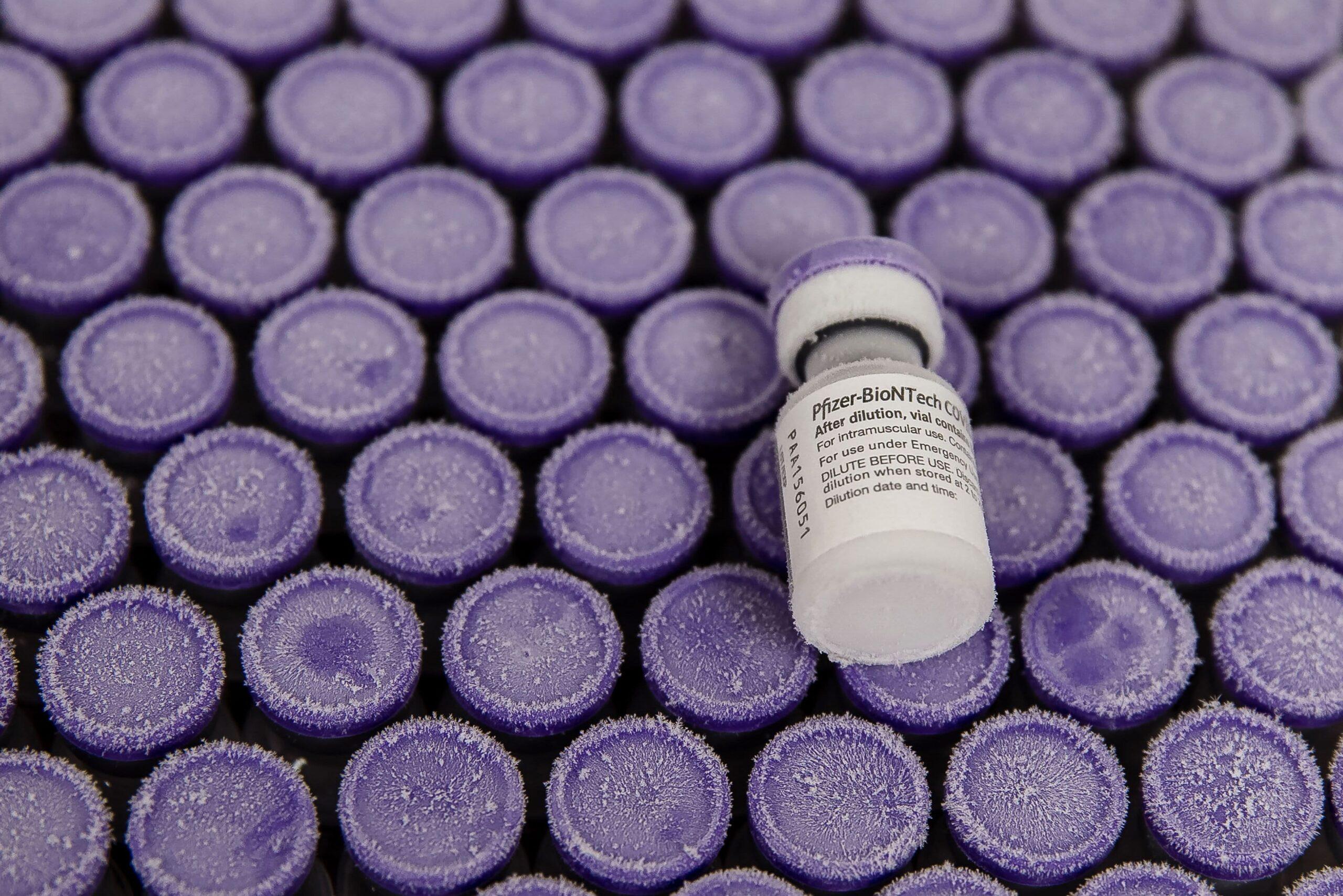 Pfizer’s Covid-19 vaccine is pictured at Rady Children’s Hospital before it’s placed back in the refrigerator in San Diego, California on December 15, 2020.

U.S. officials said Wednesday they quarantined several thousand doses of Pfizer’s coronavirus vaccine in California and Alabama this week after an “anomaly” in the transportation process caused the storage temperature to get too cold.

Pfizer’s vaccine, which was developed with German drugmaker BioNTech, requires a storage temperature of around minus 70 degrees Celsius. Vials of the vaccine are stored in trays, which carry a minimum of 975 doses each, according to the Centers for Disease Control and Prevention.

Army Gen. Gustave Perna, who oversees logistics for President Donald Trump’s vaccine program Operation Warp Speed, told reporters that two trays of the vaccine that arrived at two separate locations in California had to be returned to Pfizer after the temperature somehow fell to minus 92 degrees Celsius.

The vaccine “never left the truck,” he said during a news briefing Wednesday. “We returned them immediately back to Pfizer and we sent immediate shipments to replace those two trays. We’re working with the FDA now, CDC, FDA and Pfizer to determine if that anomaly is safe or not, but we’re taking no chances and we can see that.”

He said the “anomaly” happened again in Alabama.

“All the way on the other side of the country in Alabama, two trays were received at one location. Same anomaly, went to minus 92. We were able to stop and quarantine the vaccine, stop and get a replacement shipment to Alabama,” he said.

Americans began receiving some of the first shots of Pfizer’s vaccine on Monday after the Food and Drug Administration authorized the vaccine Friday. Officials and medical experts had already acknowledged that Pfizer’s vaccine would present some new logistical challenge as it has to be stored at ultracold temperatures.

“We’re talking super-cold. It’s completely unprecedented,” Soumi Saha, a pharmacist and vice president of advocacy for Premier, a consulting firm that works with thousands of hospitals and nursing homes, told CNBC in an interview last month.

She said it was “completely new territory” for health systems. “And so this is a brand-new logistical challenge in order to distribute this vaccine and get it to the right place and to do so while maintaining the integrity of the product,” she said.

The FDA’s Vaccines and Related Biological Products Advisory Committee, an outside group of medical experts that advises the agency, votes on whether to recommend Moderna’s vaccine for emergency use on Thursday. A favorable vote from the committee will likely clear the path for Moderna’s vaccine to become the second one approved for use in the U.S. behind Pfizer’s. FDA clearance could come as early as Friday.

“It’s about a steady cadence of deliveries to the American people,” Perna said.