U.S. to require people flying from the UK to test negative for Covid, CDC says 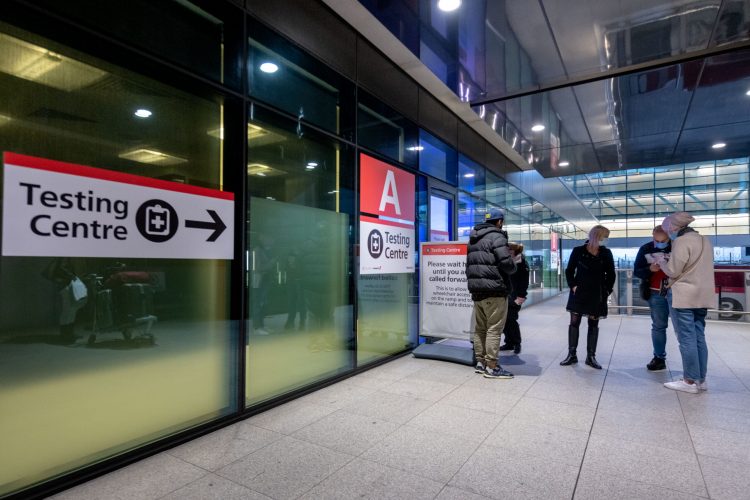 A view of signage leading to one of the testing centers at Heathrow Airport on December 22, 2020 in London, England.

The United States will begin requiring people flying in from the U.K. to test negative for Covid-19 no more than 72 hours before departure, the CDC said in a late Thursday statement.

The announcement comes after the U.K. earlier this week said it identified a new strain of Covid-19 that appears to spread more quickly. The CDC said President Donald Trump will sign the order on Friday, Christmas Day, and the measure will go into effect starting Monday.

The CDC said passengers would have to provide airlines with documentation of their lab results from either polymerase chain reaction (PCR) or antigen tests.

The World Health Organization said, however, the new variant has also been detected in Australia, Denmark, Italy, Iceland and the Netherlands.

Earlier this week, the CDC suggested the new strain could already be circulating in the U.S. undetected. While the variant has not yet been found in the country, the CDC noted that the U.S. has only sequenced a fraction of Covid infections.