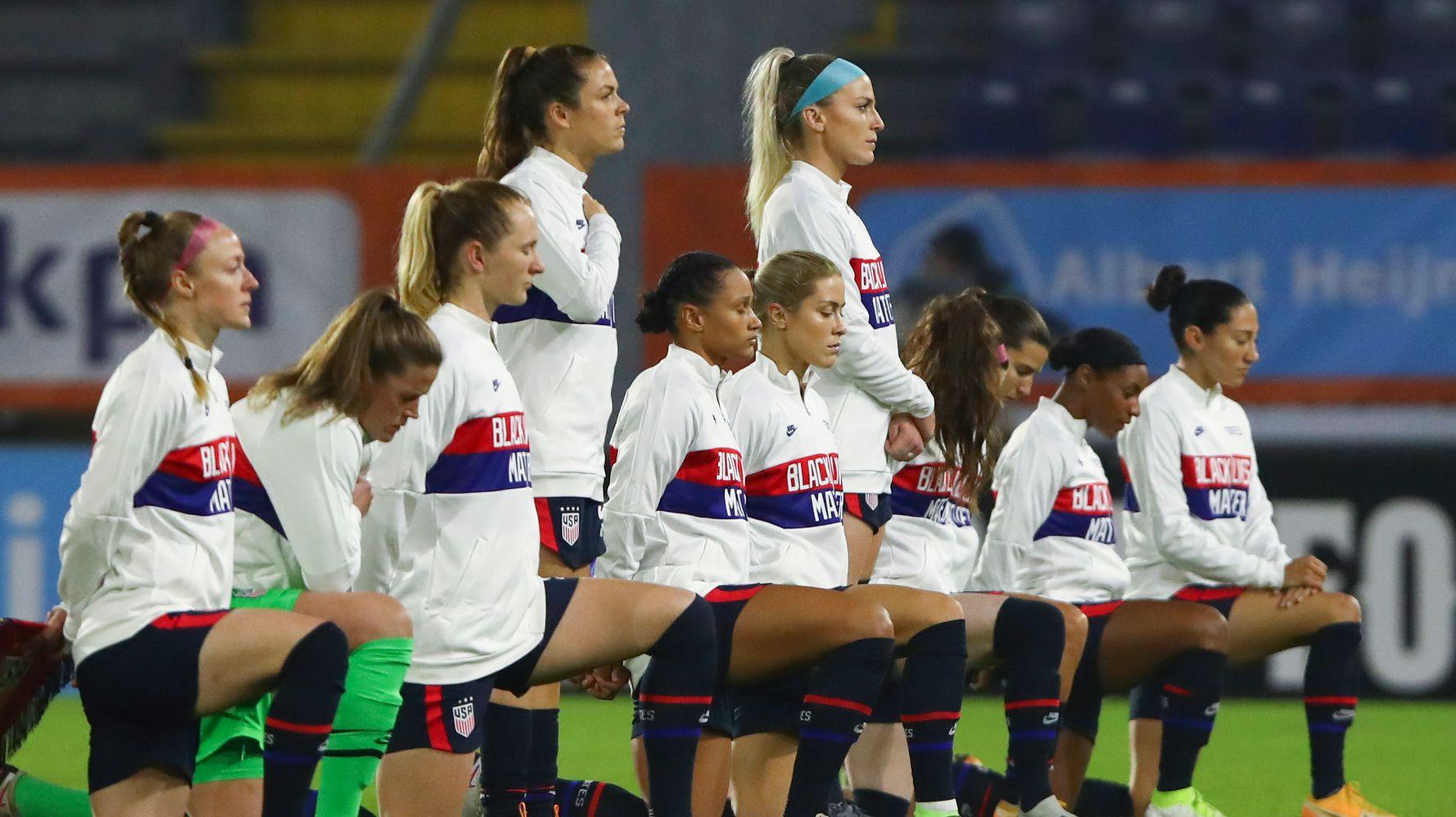 Several of the players also took a knee during the national anthem before the match in Breda in the Netherlands to protest U.S. racial injustice and police brutality, CNN reported

“We wear Black Lives Matter to affirm human decency,” said a statement posted by player Alex Morgan before the match.

“We love our country, and it is a true honor to represent America,” the statement added. “It is also our duty to demand that the liberties and freedoms that our country was founded on extend to everyone.”

It added: “We protest against the racist infrastructures that do not provide equal opportunity for Black and brown people to fulfill their dreams, including playing on this team.”

The team also posted a video about the jackets on its Twitter site, adding: “This is not political, it’s a statement on human rights.”

We wear Black Lives Matter to affirm human decency. This is not political, it’s a statement on human rights. pic.twitter.com/QHDAx4iv7k

Team members have spoken out in support of players in the National Football League and other professional sports who have taken a knee during the national anthem to protest racial injustice and police brutality.

But The U.S. Soccer Federation only this summer lifted a ban that prohibited players from taking a knee. The ban, demanding all players “stand respectfully” for the anthem,  was instituted after star Megan Rapinoe took a knee in 2016, becoming one of the first athletes to protest in solidarity with former San Francisco 49ers quarterback Colin Kaepernick.

The soccer federation finally changed its policy after the police shootings of Breonna Taylor, George Floyd, and Ahmaud Arbery, among others, that sparked nationwide Black Lives Matter protests.

President Donald Trump has long railed against athletes protesting police brutality and early on demanded the NFL fire any player who takes a knee in protest. He has characterized anti-racism protesters as domestic terrorists. Rapinoe has blasted Trump as a “white nationalist.”

The women’s soccer team is fighting its own discrimination battle, seeking the same money paid to the U.S. men’s team members. The women are World Cup champs and four-time Olympic gold medalists. The men have never come out on top in either venue.

On Friday, the U.S. women won a rematch of last year’s World Cup final against the Netherlands team by the same score, 2-0.