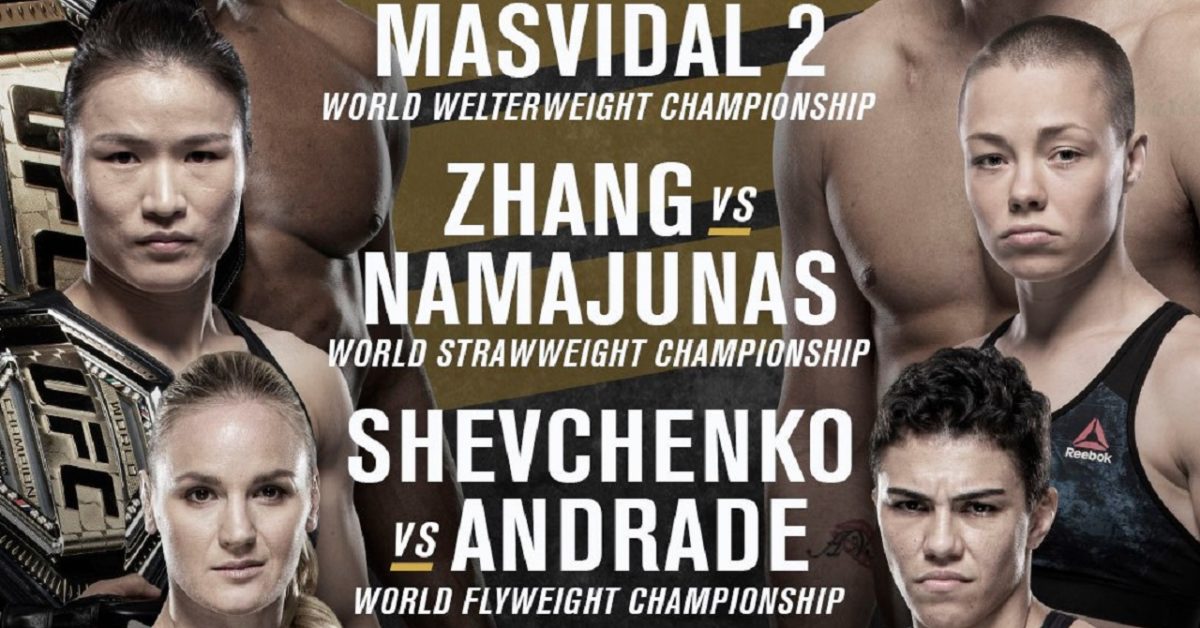 UFC 261 will take place on April 24th in Jacksonville, and will be one of the first major sporting events with a full crowd in attendance. Tickets went on sale and quickly sold out the entire arena. VyStar Veteran’s Memorial Arena in Jacksonville holds over 15,000 for a UFC card, and even with concerns over the pandemic, they sold it out in no time at all. “Everybody’s talking about, they’re first, they’re first – they’re not first,” Dana White said Friday. “We’re first. Nobody’s going to do it like we’re going to do it. They’re talking outdoor arenas, most of them probably won’t sell out, social distancing, all that stuff. We’re selling out an arena, packed, record-breaking, and I’m going to go everywhere that people want to do that.”

The UFC Doesn’t Care If They Should, As Long As They Are First

As for the card itself, well, it is stacked. For the second time this year, three belts will be on the line. In the main event, Jorge Masvidal tries once again to unseat reigning welterweight champion Kamaru Usman. The two fought last year with Masvidal taking the fight on a week’s notice and losing a unanimous decision to the champ. Now, with about 5 weeks of preparation, he gets a second shot. Two fantastic women’s title fights are also on the card, as Zhang Weili defends her strawweight belt for the second time against the always-game former champ Rose Namajunas. The third title fight sees a solid matchup between the amazing flyweight champ Valentina Shevchenko and the always dangerous Jessica Andrade. Here is the full fight card as of now:

For added fun, here is the fine print on those UFC 261 tickets thanks to MMA Mania on Twitter:

It is wild to see that in print. One wonders if we are jumping the gun going from “maybe a few fans” to “packed in like sardines” a little too quick here. As you can tell from White’s comments up above, however, this is of little concern to the UFC. Being first does not always matter, especially in this case. I guess if you are one of the people who helped sell this thing out so fast: have fun, but be safe. If you can be, anyway.

Jeremy Konrad has written about collectibles and film for almost ten years. He has a deep and vast knowledge of both. He resides in Ohio with his family.