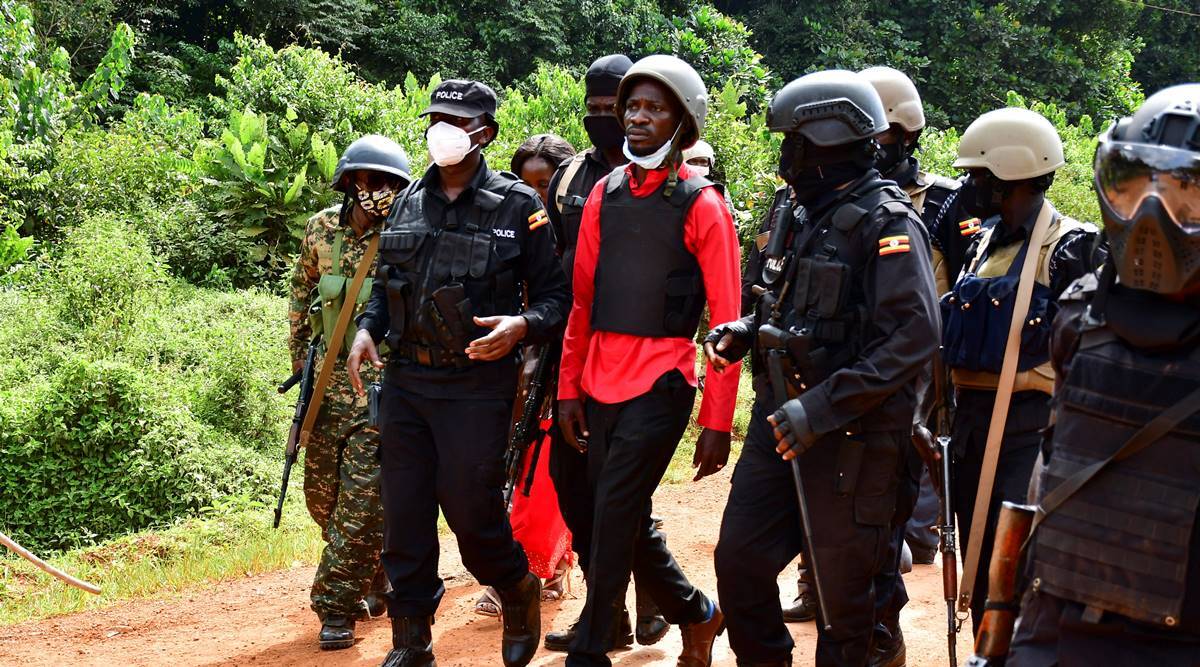 Uganda opposition presidential candidate Robert Kyagulanyi, popularly known as Bobi Wine, and his campaign team were arrested on Wednesday and he said on Twitter that authorities returned him to his Kampala home in a military helicopter.

Wine and others were arrested on Kalangala Island in Lake Victoria, sparking protests at the site about 80 km (50 miles) southeast of Kampala. Police had earlier dismissed reports of the arrests, and said they had CCTV footage of Wine’s supporters deflating tyres of police motor vehicles, inciting violence and obstructing officers on duty.

Police fired tear gas to disperse a crowd of protesters, a witness, who did not want to give his name for security reasons, told Reuters.

Wine said on Twitter late on Wednesday he had been flown to Kampala in a military helicopter and dropped at his home, which was surrounded by security personnel.

Wine has emerged as the strongest challenger to President Yoweri Museveni, 76, in the presidential election on Jan. 14.

“I was airlifted in a military chopper & dropped at my gate. My home is surrounded. Gen. Museveni violently restricting us while he campaigns daily! Cowardly!,” Wine said on Twitter.

The police Facebook page said earlier that Wine and his team had been restrained for holding rallies that violated guidelines aimed at preventing the spread of the coronavirus.

Reuters photographs from the scene showed Wine being escorted by at least 10 police officers, some armed with rifles.

Wine was wearing a helmet and bulletproof vest, which he has said he uses to prevent injuries whenever police disperse his meetings.

Police at the time said they had arrested nearly 600 people and accused protesters of rioting and looting.

United Nations human rights experts urged Uganda on Tuesday to curb violent security forces and drop charges against political opponents and activists arrested in what they called an election clampdown.

On Wednesday, a court released on bail the human rights lawyer and government critic Nicholas Opiyo, who has been charged with money laundering, in a case his organisation said was part of a crackdown on dissent ahead of elections.