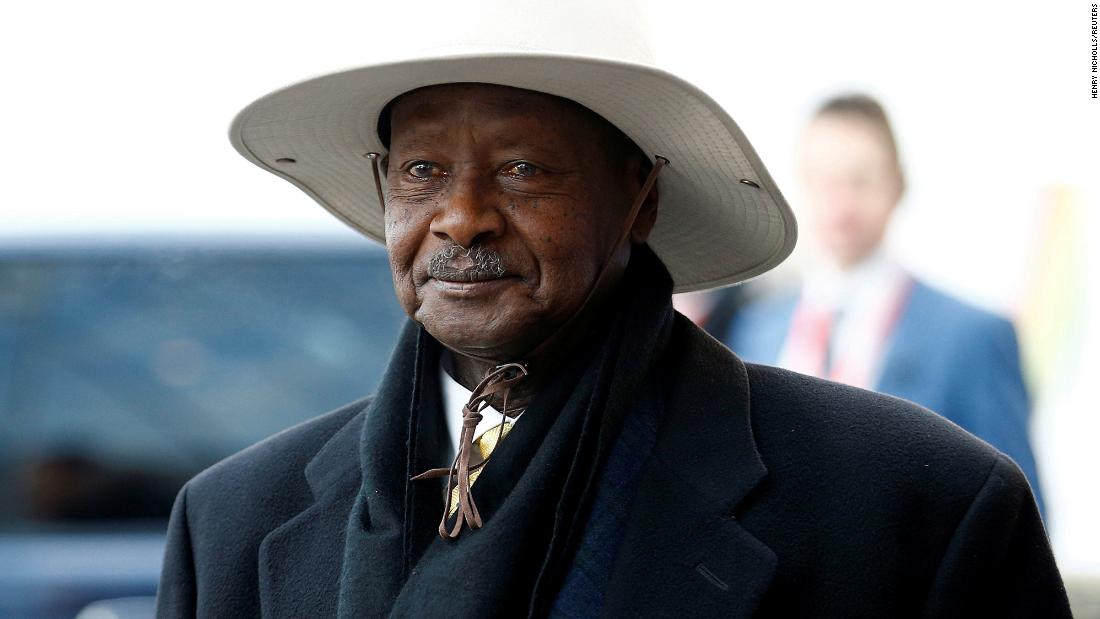 The results follow months of campaigning that was marred by deadly violence and heavy-handed state security responses to anti-Museveni protests, as well as the arrests of civil society members.

Wine — a singer-turned-politician, whose real name is Robert Kyagulanyi — was put under house arrest Friday and remains holed up under heavy military guard.

Wine accused the electoral commission of vote rigging, an allegation the agency has dismissed.

Ugandans voted in the poll on Thursday amid a government-ordered internet shutdown. In a speech Tuesday, Museveni confirmed his government had ordered internet providers block Facebook and other social media, accusing the platforms of “arrogance.” By morning of election day, the order was extended.

Wine had campaigned heavily on social media as some traditional outlets refused to include him in their election coverage.

The internet blackout has raised questions around the integrity of the vote count and also meant biometric machines failed to register ballots, forcing many polling stations to use manual voting and checks.

There were reports of late delivery of voting material and insufficient material at numerous polling locations. Journalists traveling to Wine’s residence for a press conference were turned back by security forces before reaching his home. Many were also forced to leave the national election tally center, despite having accreditation.

Before casting his ballot on Thursday, Wine addressed the media and complained that the majority of his polling agents across the country had been prevented from observing the election by police. Ugandan law guarantees that every candidate is allowed representation at polling locations.

Wine reiterated his calls for the United States and European Union to hold Museveni and his government “accountable to free and fair elections,” accusing the leader of forcing the country to “carry out elections in the dark” with his internet blackout.

US Ambassador to Uganda Natalie E. Brown said in a statement Wednesday that US monitors would not observe the vote as hoped after the election commission denied 75% of the country’s accreditation requests.
The EU’s foreign affairs chief Josep Borrell said the commission rejected its offer of monitors, despite having observed three elections between 2006 and 2016.

“The excessive use of force by law enforcement and security agencies has seriously tarnished this electoral process,” Borrell added.

Dozens of people were killed in the months running up to the vote, including 45 who died in protests in November alone, after Wine was arrested for allegedly breaking Covid-19 restrictions.

Museveni, 76, who has ruled Uganda with an iron fist for 34 years, told CNN on Tuesday that he would “accept the results” if he lost.

“If I lost a fair election, I will accept the results, of course, because Uganda is not my house,” Museveni told CNN’s Christiane Amanpour.

“If the people of Uganda don’t want me to help them with their issues, I go and deal with my personal issues very happily,”

On Friday, Wine told CNN his life was in danger as his home was taken “under siege” by the military.

Wine said his phone was blocked and his internet connection cut for some time as security forces burst into his home the day after polls opened.

“We have just provided security in the area, nothing much,” he said.

Owoyesigire said state security was responding in an effort to secure Wine’s residence and protect the candidate after two individuals were seen trying to gain access to the house by jumping the fence, adding one of the individuals had been arrested.

But a reporter for CNN near Wine’s residence on Saturday said there was still a large military presence around the compound, as well as military helicopters and drones circling above.

“The military is not allowing people to go in. They are just reading whatever results that they want. This election was just rigged in such a blatant way,” he said.

“It is a sign of intimidation of the regime, but also they are very scared of the people. They lost this election in a very bad way. Bobi Wine is such a uniting factor, so they fear that the people might rise up, so that is why they are keeping him under a kind of house arrest. It is illegal and unconstitutional.”

He added Wine’s team were looking at all legal options to challenge the results once they are all released.