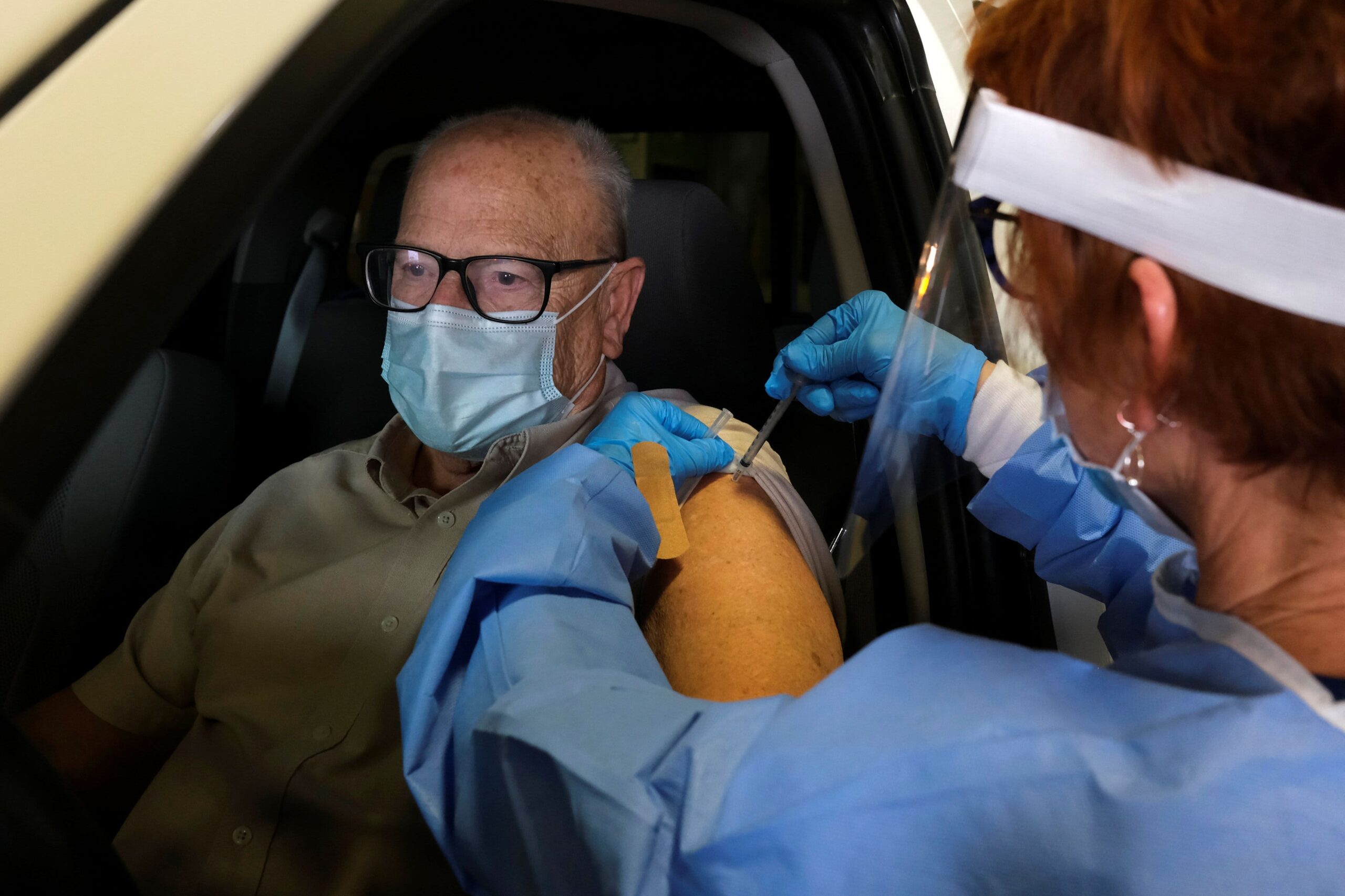 Ron Votral receives a vaccine against the coronavirus disease (COVID-19) at a drive-through vaccination site in Robstown, Texas, February 9, 2021.

LONDON — A variant of the coronavirus that first emerged in the U.K., and has since been identified in over 50 countries, could become the dominant form of the virus worldwide, according to the head of the U.K.’s genetic surveillance program.

“The new variant has swept the country and it’s going to sweep the world, in all probability,” Professor Sharon Peacock, director of the Covid-19 Genomics UK Consortium, said.

“In the future, I think the key is going to be if something (a variant) is particularly problematic with the vaccines,” she told the broadcaster’s Newcast podcast.

The group that Peacock heads up was created in April 2020 and brings together highly-respected experts and institutes to collect, sequence and analyze genomes of the virus, as part of the U.K.’s pandemic response. To date, it has tracked the genetic history of more than 250,000 samples of the virus.

The consortium first detected the more infectious variant of the virus, dubbed the “British variant” and formally known as “B1.1.7,” in Kent in southeast England, in September 2020 through retrospective analysis of virus samples.

Viruses mutate all the time, but experts become concerned when a virus mutates to become more transmissible, as in this case, or more deadly. The higher infection rates associated with the variant identified in the U.K. are likely to lead to more hospitalizations and, sadly, more deaths; as a result, containing it has become a priority.

The variant spread quickly throughout the southeast of England and London, and has now become the dominant strain in the U.K. It has also been detected in more than 50 countries, with health authorities scrambling to isolate cases, although it’s believed that this more virulent strain is already widely in circulation.

It’s difficult to know the exact origin of the mutation, and given the work of the consortium it was likely to find new variants in the U.K. (other countries that have advance genome sequencing of the virus, like Denmark and South Africa, have also discovered variants). Peacock, who is also a professor of public health and microbiology at the University of Cambridge, said she believed that the sequencing of coronavirus variants would be required for at least 10 years.

So far, there have been over 107 million coronavirus cases and over 2.3 million deaths around the world, according to Johns Hopkins University.

Aside from the variant of the virus first seen in southeastern England, two new variants have appeared in a cluster of cases in the cities of Liverpool and Bristol, that scientists are now monitoring.

The Bristol variant has been designated a “variant of concern” by Britain’s New and Emerging Respiratory Virus Threats Advisory Group.

Peacock said that although mutating variants were a concern, the variant seen in and around Bristol was in “contained areas and in very low numbers,” with only 21 cases detected so far.

“It’s inevitable that the virus is going to keep on mutating but what’s concerning is that the B1.1.7 variant that we’ve had circulating for some weeks and months is starting to mutate again, and get new mutations, which could affect the way that we handle the virus in terms of immunity, and the effectiveness of vaccines,” she added.