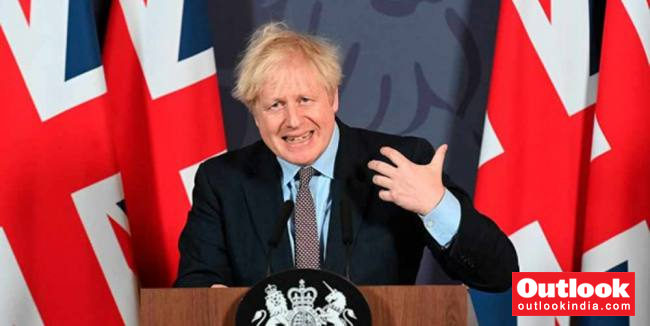 UK Prime Minister Boris Johnson had recalled Parliament from its Christmas break to get the Brexit free trade agreement (FTA) struck with the European Union (EU) cleared through all parliamentary stages for the EU (Future Relationship) Bill to become law in time for January 1, 2021.

The 80-page Bill, which follows a last-minute deal agreed with the EU last week, just days before the December 31 deadline of the end of the Brexit transition period, was debated by MPs in the House of Commons followed by the House of Lords.

Johnson had urged MPs to back the “historic” Bill, which he says is not “a rupture but a resolution” of the UK’s relationship with its European neighbours.

Once both Houses pass the Bill, it will go to the Queen for her Royal Assent to make it law.

“What we sought was not a rupture but a resolution, a resolution of the old and vexed question of Britain’s political relations with Europe, which bedevilled our post-War history,” says Johnson, as part of his opening speech in the Commons.

“First we stood aloof, then we became a half-hearted, sometimes obstructive member of the EU. Now, with this bill, we shall be a friendly neighbour — the best friend and ally the EU could have — working hand-in-glove whenever our values and interests coincide while fulfilling the sovereign wish of the British people to live under their own laws, made by their own elected Parliament. That is the historic resolution delivered by this Bill,” he said.

Once the bill is passed by Parliament, the UK-EU trade agreement will come into effect after 2300 GMT on Thursday. The once-rebellious Brexiteer wing of the Conservative Party has fallen behind the agreement, paving the way for a relatively smooth passage.

The Opposition Labour Leader, Sir Keir Starmer, had instructed his MPs to vote in favour of the deal, arguing the alternative would be a no-deal Brexit.

Labour are also planning to seek amendments to the Bill that would require the government to provide twice-yearly economic impact assessments of the trading relationship.

However, there is some disquiet within Labour ranks as senior backbenchers had called on him to rethink his position and oppose the bill.

Northern Irish Democratic Unionist Party (DUP), which support Brexit in principle, had said they will not vote in favour of the trade deal due to concerns Northern Ireland remains tied to the EU more closely than the rest of the UK.

The Scottish National Party (SNP) and Liberal Democrats have also indicated they will vote against the legislation.

However, with Johnson’s comfortable majority in the Commons, the Bill was expected to clear the required parliamentary threshold to become law.

It marks the culmination of four-and-a-half-long years of negotiations after the UK voted to leave the EU in June 2016.