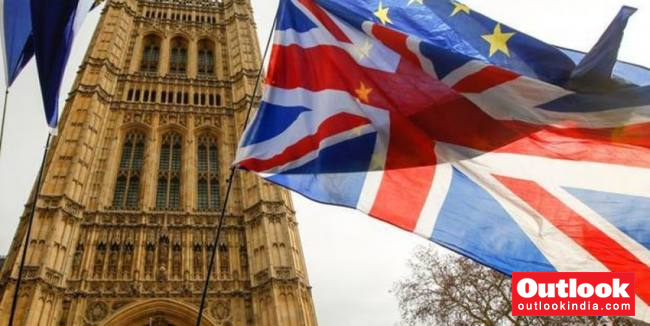 More parts of the UK could be placed under the strictest level of lockdown as ministers hold talks on Wednesday after the country registered 36,804 positive coronavirus cases, the largest daily number of infections recorded at any time during the pandemic.

UK Communities Secretary Robert Jenrick said the new mutation of coronavirus is behind the spike to a large extent but it remains “very concentrated” in London and the south-east of England, where Tier 4 stay-at-home lockdown measures are already in place.

“The new variant is much less prevalent elsewhere, but there is rising evidence that you can find it in a range of other parts of the country. So the question is, whether we should take action to try to head that off,” he explained.

“The tiered system was designed before we knew the full ferocity of the new variant, and so we do have to make sure it’s sufficiently robust to be able to withstand this and to stop cases just rising at the very worrying levels they are now in parts of the country,” he said.

It comes as the new variant, named VUI-202012/01 and with much higher transmissibility, led to several countries including India cutting off transport links with the UK in an effort to try and contain its spread outside Britain.

The backlog of lorries built upon the UK border with France has now begun to gradually clear up after an agreement was reached.

France agreed to lift its ban on UK arrivals on the condition of a negative coronavirus test.

However, there have been reports of scuffles on the UK-France border as truckers face days ahead before the nearly 1,500 lorries can start moving towards their destinations.

During what is an annual festive and holiday period in the UK with Christmas and New Year, millions in the country have had their plans to meet friends and family scuppered after UK Prime Minister Boris Johnson abandoned a planned five-day “Christmas bubble” as scientists confirmed the new Covid variant was spreading more rapidly.

Under the revised rules, only people living in tiers one to three are permitted to socialise in a bubble of three households on December 25 for Christmas Day.

Those in Tier 4 areas must only celebrate Christmas with members of their own household and support bubble. They will not be allowed to travel to other tiers to see family and friends.

The Opposition Labour Party has accused Johnson of having “always been behind the Covid curve” and urged him to move quickly.

“If the scientific advice is tougher restrictions, don’t sit on it for weeks like you did last time, don’t dither, don’t delay – because that has disastrous consequences, take the action that is needed now to save lives,” said Labour’s Shadow Health Secretary Jon Ashworth.

However, Labour leader Sir Keir Starmer has written to Johnson to say his party will back any government moves to tighten restrictions if that is what scientists recommend.