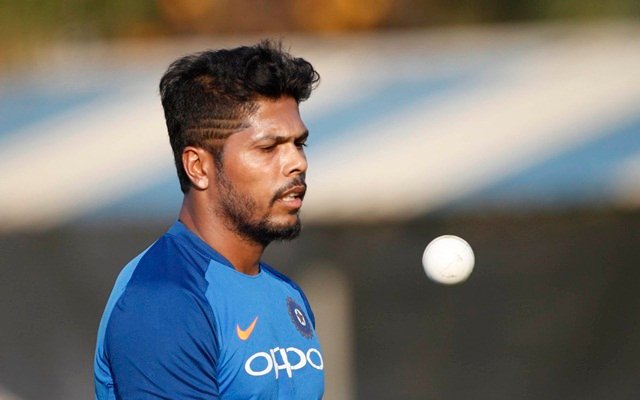 Umesh Yadav, an Indian pacer has said that the upcoming Indian Premier League (IPL) would be really important for him if he has to play white-ball cricket for India once again.

In the upcoming IPL, Umesh Yadav will be representing the Delhi Capitals after he was bought by the franchise for INR 1 crore in the players’ auction held in February this year.

Umesh Yadav has so far played 48 Test matches in his career and he has played most of the matches at home. However, the pacer feels that he can push his body for the next two to three years.

“As far as the rest of my career is concerned, thank god that relatively I haven’t had that many injuries. And that is satisfying as a fast bowler, because once a fast bowler starts getting injured regularly, he tends to start struggling, which ultimately reduces his [playing] life.

After an injury, there is the recovery, and then you need rehab, which consumes a lot of time, which you can never get back. But I have lost very little time to injury periods, which has kind of helped me lengthen my career.” said Umesh Yadav.

“I am 33 now and I know that I can mostly pull my body for another two or three years, and there will be some youngsters who will be arriving [to play]. I feel this is just healthy because it ultimately ends up benefiting the team. There is support for every bowler, everyone looks to give their best, and so whoever keeps doing the best keeps getting chances,” he added.

Even after performing at-home Tests, Umesh Yadav is not a sure starter in the playing XI as Virat Kohli-led India has serious enough bench strength in the pace department. The likes of Jasprit Bumrah, Mohammed Shami, and Ishant Sharma are sure starters in the longest format while Mohammed Siraj, Navdeep Saini, Shardul Thakur are good quality options as well as were evident in the recent Test series against Australia and England.

“I just think that I have developed the required line and length while keeping on playing in Asia. The more you play in particular conditions, the more your body starts adapting to it. I haven’t done a lot different [while playing in India]; all bowlers know that the new ball swings whereas the old one reverse in India, which is what I have also focused on.

“It is just that I started bowling a particular line and length here as compared to overseas. Playing a lot in Asia has helped me gain the required experience and develop that mindset of bowling well here,” Umesh Yadav maintained.

Umesh Yadav has had the tendency to stray his line and concede runs in ODI and T20 cricket. He has been out of the limited-overs squad as he last played a 50-over match for India in 2018. He has featured in only 7 T20Is.