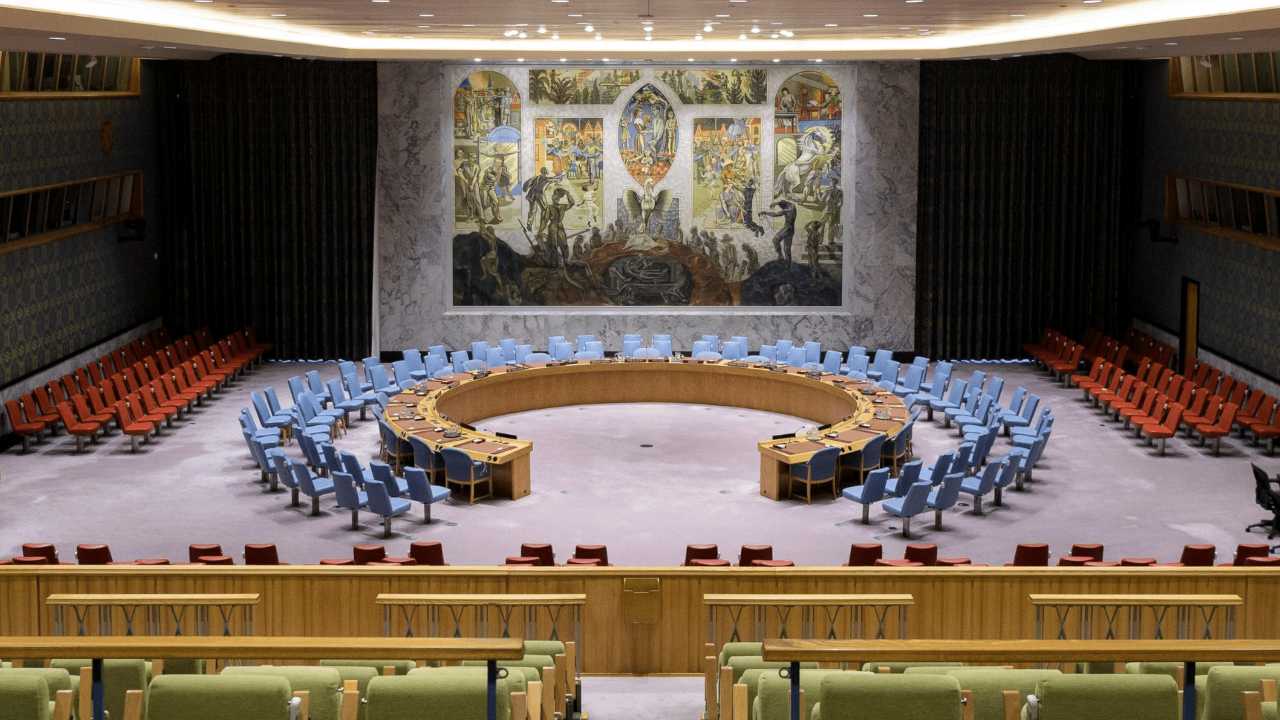 The UN Security Council will hold a summit of world leaders Tuesday to debate climate change’s implications for world peace, an issue on which its 15 members have divergent opinions. The session, called by British Prime Minister Boris Johnson and conducted by video-conference, comes just days after the United States under President Joe Biden formally rejoined the Paris climate change accord. Johnson, whose country now holds the Security Council’s rotating presidency, will address the forum, as will US climate czar John Kerry, French President Emmanuel Macron, Chinese Foreign Minister Wang Yi and the prime ministers of Ireland, Vietnam, Norway and other countries, diplomats say.

The meeting will serve as a test for US-China relations, one UN ambassador said on condition of anonymity, alluding to one of the few issues where the two big powers might agree. But this is not a given.

“We should watch how the Chinese position themselves with the Americans,” this ambassador said.

Traditionally, the ambassador said, “you know that the Russians and the Chinese will immediately say (climate change has) ‘nothing to do’ with the council’s issues.”

Today, however, “the Chinese are more liable to be slightly open to that discussion,” which “leaves the Russians pretty much on their own.”

Russia does not see climate change as a broad issue for the Security Council to address. Moscow prefers dealing with climate questions on a case-by-case basis, diplomats told AFP.

Secretary General of the United Nations Antonio Guterres addresses the United Nations Security Council on ‘mediation and its role in conflict’, during an open debate on maintenance of international peace and security, at the UN Headquarters in New York.

Tuesday’s meeting “will be focused on the security aspects of climate change,” a second ambassador said, also on condition of anonymity.

Some non-permanent members of the council including Kenya and Niger have clearly expressed their concerns about climate change’s impact on national security.

Others do not want to “turn the Security Council into another organ which is looking just at the issues more broadly around finance, adaptation, mitigation and negotiations,” the second ambassador said.

“Both China and Russia, but not only them, are reluctant to have the Security Council discuss climate change and its implications,” said a third ambassador, who ruled out the possibility of the council adopting a joint statement at this point.

“China and Russia think that it can become intrusive, that it is not about peace and security,” this ambassador said.

“They don’t want the Security Council to do decision-making about economic choices. Even they understand that climate change has implications for conflict drivers.”

“Desertification, population movements and competition for access to resources” are linked to global warming, said another diplomat.

This is important for Tunisia, Norway and Ireland. The latter two have been on the council since January.

In the Lake Chad region of central Africa, the problem is not something to be left “for tomorrow. It already existed yesterday,” an ambassador from Africa said.

He said the issues of access to water and production of animal feed can trigger violence between different communities and lead to idle, disaffected youths being recruited by jihadist groups.

The arrival of the Biden administration with its pledge to make global warming a top priority – in contrast with Donald Trump, who regularly questioned the science behind climate change – should change the Security Council’s dynamics on this issue, diplomats said.

Last year, Germany, which then had a seat on the council, drafted a resolution calling for the creation of a special UN envoy post on climate-related security risks.

One goal of the job would be to improve UN efforts involving risk assessment and prevention.

But Germany never put the text up for a vote because of veto threats from the United States, Russia and China.

Today, with the new US approach, that draft resolution has a chance of being approved, said an ambassador with a seat on the council.

Back to Top
Close Add post
X
Malcolm X’s family releases letter alleging FBI, police role in his death…WorldMembers of Malcolm X’s family have made public what they described as a letter written by a deceased police officer stating that the New York Police D…