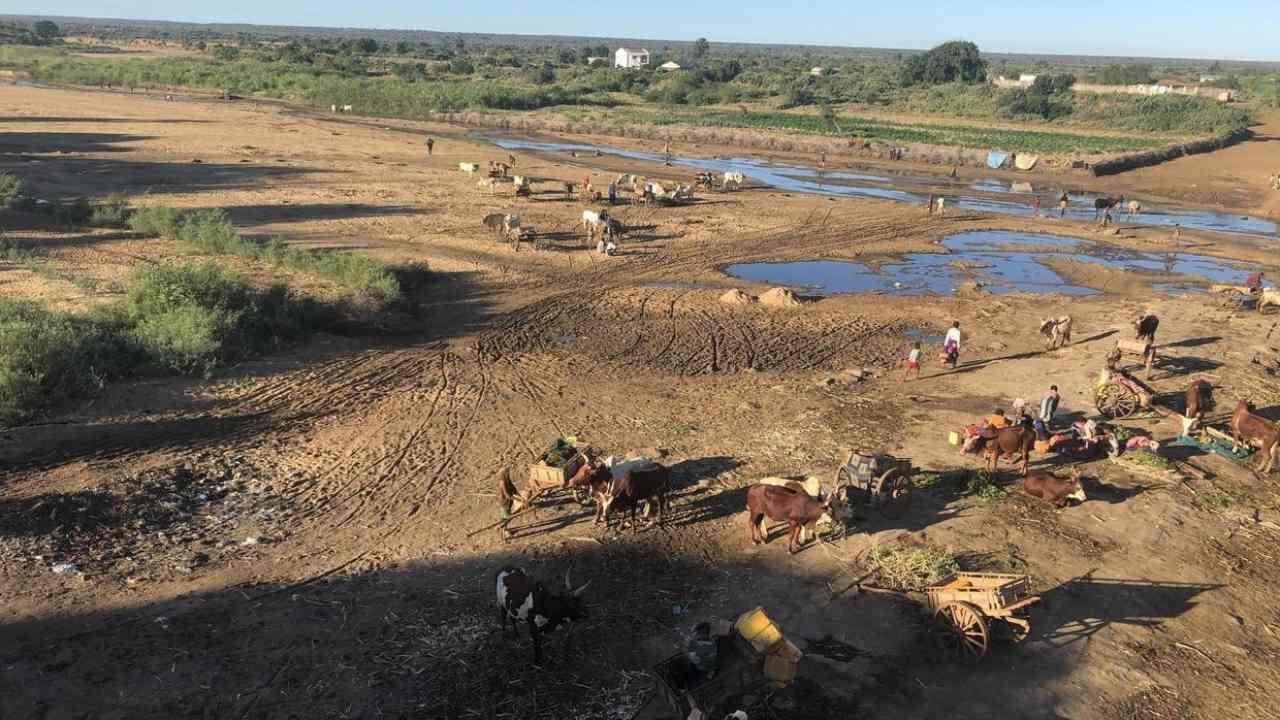 Over a million people in southern Madagascar are facing potentially life-threatening shortages of food, water and health assistance. The United Nations said Tuesday that $76 million was urgently needed to help over one million people in southern Madagascar facing potentially life-threatening shortages of food, water and health assistance. The UN humanitarian agency OCHA issued its so-called flash appeal after the impoverished island country in eastern Africa saw its agricultural season ruined by the worst drought in a decade. At the same time, the economic impact of the COVID-19 pandemic and the lockdowns implemented to halt the spread of the virus have amplified the hit from the drought – the third in a row, it said.

“These compound crises have driven people to the brink of survival,” OCHA spokesman Jens Laerke told reporters in Geneva. “One in three people in the south are now severely food insecure,” he said.

More than 1,35,000 children under the age of five are now projected to be suffering from acute malnutrition in the south of the country in coming months.

Farming families usually get through droughts by sending members into cities to seek temporary work. But OCHA said such coping strategies had been made impossible by the COVID-19 lockdowns, which have included months-long bans on travel between regions.

Just a week ago, the UN’s World Food Programme appealed for $35 million in emergency aid to help fight hunger in the region.

Laerke said Tuesday the flash appeal was meant to complement Madagascar’s own national response and was focused solely on “the most urgent life-saving and life-sustaining needs of communities in the Grand Sud during the peak of the lean season.”

The assistance would help improve food security for 1.1 million people, provide water access for over 400,000 people and give nutritional support to 300,000 children under the age of five, he said.

It would also help provide essential health services to nearly a quarter of a million people.