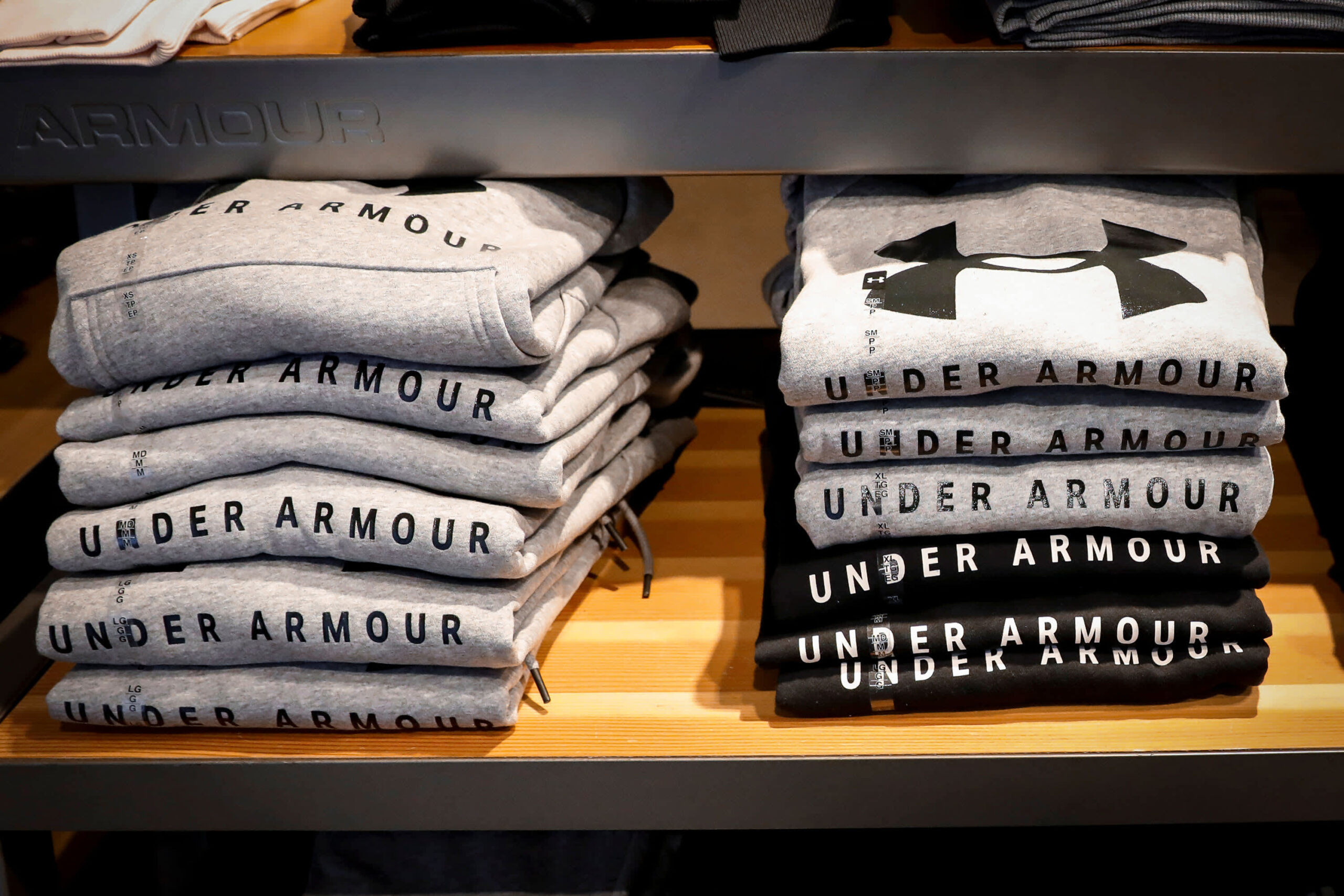 Products are displayed in an Under Armour store in New York City, November 4, 2019.

Under Armour on Wednesday reported a surprise profit for the holiday quarter as sales were boosted by strong digital growth and the company kept its expenses in check.

The sneaker maker also offered an initial outlook for 2021. It expects sales to rise in the high single digits, helped by a rebound of consumer demand in North America. Revenue fell 15% in 2020.

Its shares jumped about 6% in premarket trading.

Here’s how the company did for the fourth quarter compared with what analysts were expecting, based on a survey by Refinitiv:

The company previously announced a $550 million to $600 million restructuring plan intended to help improve profits and cash flow. It said it recognized $62 million of pretax charges tied to this plan in the fourth quarter. Excluding one-time charges, the company earned 12 cents per share, better than the 7 cent loss forecast by analysts.

Wholesale revenue fell 12%, while Under Armour’s direct-to-consumer business grew 11%, driven by a 25% jump in e-commerce sales. More shoppers visited its website to buy workout gear and other outdoor sport accessories to keep active during the pandemic.

But Under America continued to see weakness in its home market, with North America sales down 6%. Revenue rose 7% in international markets.

Even though the pandemic continues to make conditions uncertain, the company released a forecast for this year, predicting a per-share loss of 18 cents to 20 cents. After adjustments, however, Under Armour expects to earn 12 cents to 14 cents a share. Analysts had been calling for per-share earnings of 13 cents, according to Refinitiv.

The company cautioned its outlook could still be hurt by the ongoing health crisis. Although the majority of its stores are open, most still aren’t operating at fully capacity, it said.

Under Armour shares are up about 2% over the past 12 months, as of Tuesday’s market close. The company has a market cap of $9.42 billion.

Find the full press release from Under Armour here.