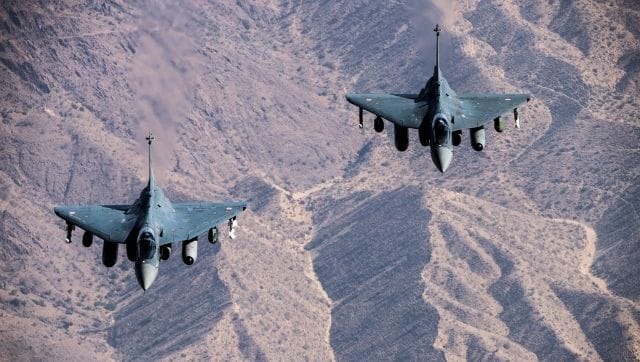 While an updated defence acquisition policy pedestal has been set-up in 2020 by the defence ministry, a meaningful fund allocation coupled with tax incentives for achieving the ultimate objective of self-reliance would be the key expectation

In a challenging year of the contracted economy with the unprecedented pandemic, Budget 2021 shall be an important and delicate task for the government. Defence continues to be a priority area given the precarious situation at our Northern frontiers. In addition, the defence budget could be a government’s tool to promote in-country manufacturing, jobs and exports to help the ailing economy.

A lot has been penned down in the defence policy framework lately — import embargo, public procurement policy, the release of Defence Acquisition Procedure 2020 and offset guidelines, increase in Foreign Direct Investment (FDI) in the defence sector to 74 percent, all focusing on localisation, Atmanirbhar Bharat and Make in India. Currently, the Indian defence industry is facing several challenges in establishing a broad base of local manufacturing due to lack of economies of scale, Transfer of Technology issues, Research and Development, etc.

From a procurement standpoint, the key expectation from this Budget shall be an increased capital budgetary allocation to fast-track some of the big-ticket programmes such as Naval Utility Helicopters, Light Combat Aircraft, Futuristic Infantry Combat Vehicle, Anti Tank Guided Missiles, P-75I Submarines etc. Over the years though the total Defence budget has been growing, yet the allocation for capital outlay remains abysmally low.

The government has also laid out an ambitious target in the draft Defence Production and Export Promotion Policy (DPEPP) to double the domestic procurement from the current Rs 70,000 crore ($9500 million) to Rs 1,40,000 crore ($18,700 million) by 2025. Further, a distinct budget head for domestic capital procurement shall be carved out. Therefore, key future procurements are likely to be concluded with Indian vendors manufacturing domestically.

The domestic private sector is enthusiastic about the self-reliance vision and thrives to make a contribution to in-country procurement while building the export capability. While the shift has been from import to domestic manufacturing, the Indian industry would welcome a more inclusive policy where the private sector is at a level playing field with the public sector.

One cannot overlook the synergies between the defence market and civil aviation. Even the Ministry of Defence in the draft DPEPP has acknowledged that the domains like aircraft maintenance, repair and overhaul (MRO), engine manufacturing and MRO, unmanned aerial vehicles, helicopters and upgrades have untapped opportunities. The call of the hour is re-aligning the policy framework for defence and civil aviation sector to garner investments in the aviation sector which help in co-development and strengthening defence ecosystem while leveraging economies of scale.

A phased manner import embargo is a welcome measure for the domestic industry. However, the challenges such as shortage of specialised raw material and technology, manufacturing facilities at nascent stage etc. for the industry continues to exist. The government may consider liberalising the value addition norms whereby a certain degree of indigenisation would be construed as domestic manufacturing.

Tax benefits/incentives such as a tax holiday could give the sector the same incubation period to attract large scale investment and growth as was once provided to infrastructure and telecom sector etc. In addition, wherever the specialised raw materials for aerospace and defence manufacturing are not available, schemes like PLI etc should be introduced for promoting in-country manufacturing.  This could go a long way in helping set-up this extremely capital-intensive industry and promote job creation.

India has not been a big spender on defence research. Tax rebate for research and development could provide access to modern technology on the back of strong start-up base.

At the policy level, to work towards making defence contracting simpler in order to bring it in line with the best business practices and introduce time-bound procurement process. Also, offset regulations need to be revised to bring back aerospace sourcing and offset banking into the fold.

While an updated defence acquisition policy pedestal has been set-up in 2020 by the MoD, a meaningful fund allocation coupled with tax incentives for achieving the ultimate objective of self-reliance would be the key expectation from the finance minister, in this year’s Union Budget.

The writer is Partner and Head – Aerospace and Defence, KPMG in India