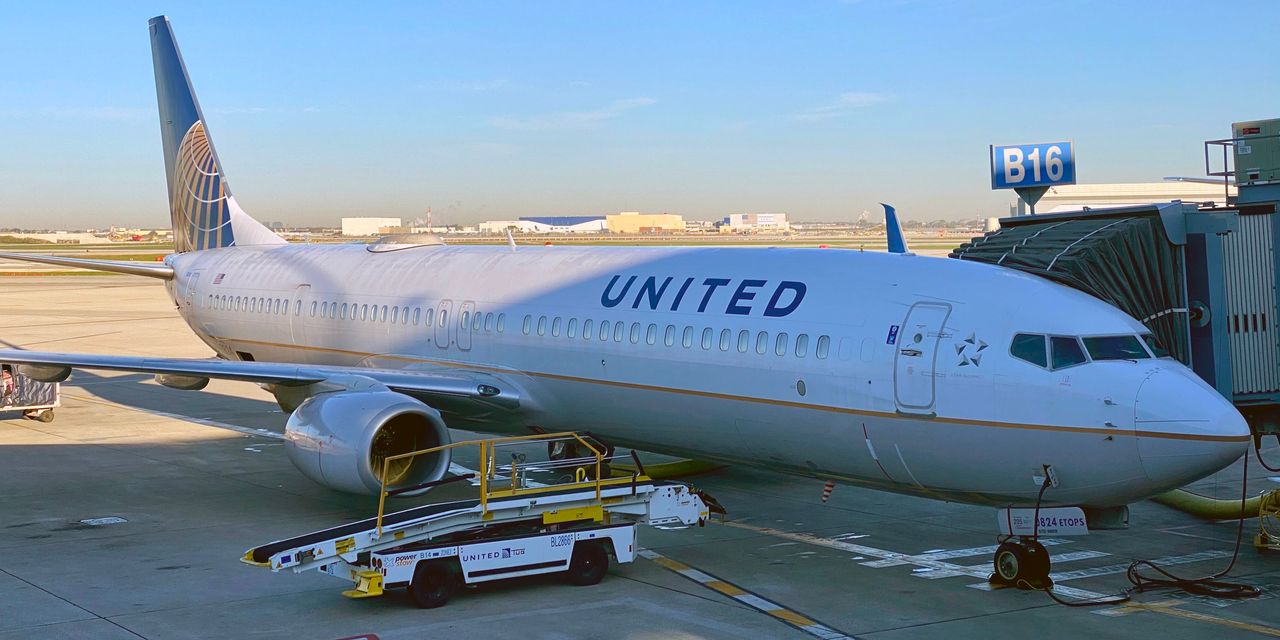 isn’t seeing much of a revenue rebound as the pandemic continues to take a toll on air travel.

United (ticker: UAL) reported a net loss of $1.9 billion for the fourth quarter, matching consensus estimates, according to FactSet. The airline reported operating revenues of $3.4 billion, down 69% from the fourth quarter of 2019 and in line with estimates. But the bottom line was a bit worse than anticipated with an adjusted loss of $7 a share, below estimates for an adjusted loss of $6.66.

The airline’s first-quarter forecast wasn’t optimistic. United said it expects revenues to be down 65% to 70%, compared with the first quarter of 2019. Capacity is expected to be down 50%, marking an improvement over prior quarters. United said that accelerated Covid-19 vaccine distribution could lead to faster improvement.

Overall, United’s forecast indicated that a big bounce in air traffic isn’t likely to come until vaccines go mainstream, fueling gains in leisure, corporate, and international travel—the latter two segments being critical to United’s recovery. Expectations are rising for the third and fourth quarters to lift airline revenues and profits sharply, but that will hinge on vaccines and other variables outside the industry’s control.

None of this may come as much surprise, though.

(DAL) issued a similar outlook when it reported earnings last week. Vaccines are rolling out too slowly to have much impact on first-quarter bookings. Travel bans, border closures, and testing requirements for international travelers have been rising lately, and airlines are warning of a choppy recovery.

United is making progress on getting back to profitability, however. The airline said it burned through an average $19 million a day in the fourth quarter, down by $5 million from the third quarter. Including severance and principal payments, daily cash burn was $33 million. But United’s liquidity looks solid enough with $19.7 billion in cash and available funding on hand at year-end, thanks partly to undrawn funds available under the CARES Act loan program.

“The truth is that Covid-19 has changed United Airlines forever,” said United Airlines CEO Scott Kirby in the earnings release. Indeed, United is urging investors to look ahead to 2023 for an operating margin recovery, and it has a long climb back to pre-pandemic levels.

United’s passenger revenues are still sharply depressed. The carrier said average passenger revenue per available seat mile was just 7.85 cents in the quarter, down 44% from a year earlier. And yields per revenue seat mile, a measure of operating profitability, was off 17%.

Investors appear willing to give airlines some more runway, though. United stock is up 25% in the last three months versus a 10.3% gain for the

The stock is edging the market so far this year, too.