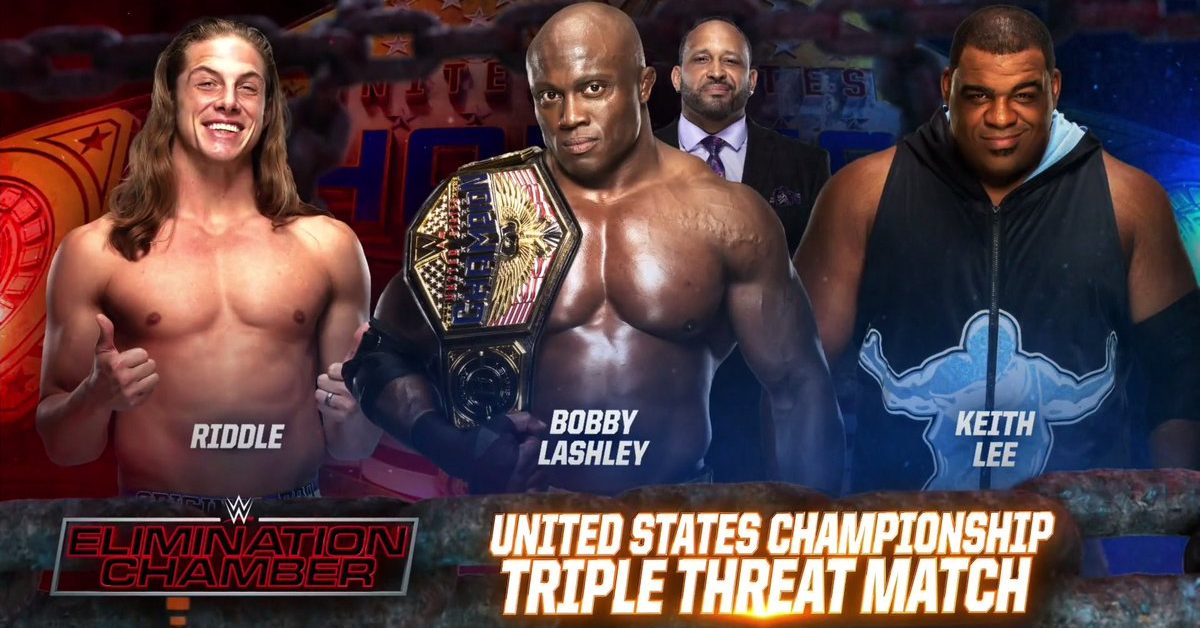 The card for the upcoming WWE PPV Elimination Chamber is rapidly shaping up, which isn’t surprising considering the PPV is happening a week from Sunday and no matches were built before Monday’s episode of Raw. That meant WWE had to work quickly. And work quickly they did, inserting a returning Keith Lee into the feud between Bobby Lashley and “Riddle” and turning the whole thing into a Triple Threat match for the United States Championship at Elimination Chamber.

From the press release on WWE.com:

The Hurt Business’ Chief Hurt Officer has brutally reigned as United States Champion and Lashley’s ruthlessness was on total display last week as three Full Nelsons left Riddle down and out. The All Mighty has dispatched of all challengers including the recent attempts by Riddle to strip him of his title. The Original Bro got the better of Lashley with some crafty maneuvering on Raw Legends Night but was unable to escape The Hurt Lock in his title opportunity the following week.

Both Riddle and Lee are seeking their first championship breakthrough since arriving on the red brand and will have their hands full against Lashley. After hearing he’d have to take on not but two enterprising upstarts, Lashley was furious with WWE Official Adam Pearce over the decision?

Will The All Mighty be able to fend off both Lee and Riddle when they share the ring?

Not bad to pull together half the card for the Elimination Chamber PPV in one night. By the end of the week, WWE might have some idea of the direction they’re heading in for their next PPV, which is only happening twelve days from now. That’s not nothing.