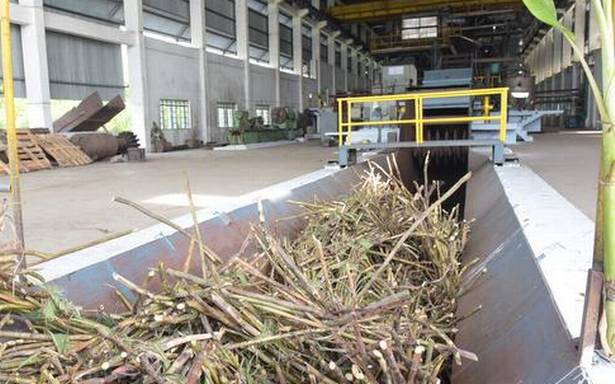 The Uttar Pradesh government has not been making sugarcane crushing data in the State available regularly during the current season as it was doing earlier and this has thrown a shroud of mystery around actual cane payment arrears due to the farmers.

Unlike in the previous seasons, sugarcane crushing data and payments made to farmers are not regularly published on the portal of the Sugar Industry and Cane Development Department of the Uttar Pradesh government in the current sugar season which commenced in October last year, surprising policy experts.

“Earlier cane-crushing and payment data were promptly available to the public. For some strange reasons, they are now being withheld from public view,” said Sudhir Panwar, former member of State Planning Commission and a professor at Lucknow University.

When contacted, UP State Cane Commissioner Sanjay R Bhoosareddy said he was unaware about the development. He said he would find out why the data is not made available on the department’s website.

A farmer leader, however, said this was a ploy by the government. “When both crushing data and payment details are not published simultaneously, it would be difficult for anyone to ascertain the extent of cane payment due to farmers. Probably, they do not want this to be yet another issue in the hands of the farmers in western UP, the predominant sugarcane belt, who are already protesting against the new farm laws.” He, however, conceded that they government puts out some data once in a while so that its absence doesn’t gets noticed.

People working closely with the State sugar mills said they were surprised by this. “The data is very hard to come by these days. We ourselves get them once in a while,” said a source close to the sugar industry in the State.

Meanwhile, crushing data and payment details for March 17, accessed by BusinessLine, showed that 120 sugar mills in the State bought 81.11 crore quintals of sugarcane from farmers in current season and crushed 81.05 crore quintal to produce 85.5 lakh tonnes of sugar till March 17. Going by the minimum price — based on State-advised price of ₹315 per quintal — the payment due to the farmers was around ₹ 25,550 crore. The payment made till March 17, however was ₹ 12,734 crore, indicating that only half the payment has been made far. When asked about the quantum of arrears, Bhoosreddy said he didn’t remember offhand. But he said the arrears from the previous season is around ₹ 200 crore.

Meanwhile, media reports said that mills in Shamli district, the home district of Suresh Rana, Minister for Sugar Industry and Cane Development, made less than 10 per cent payment towards the cane purchased from farmers in the district. While the farmers supplied sugarcane worth ₹ 749.45 crore in the first four- and -a- half month of the current season, the payment made to them was only Rs 72.76 crore, the reports said.