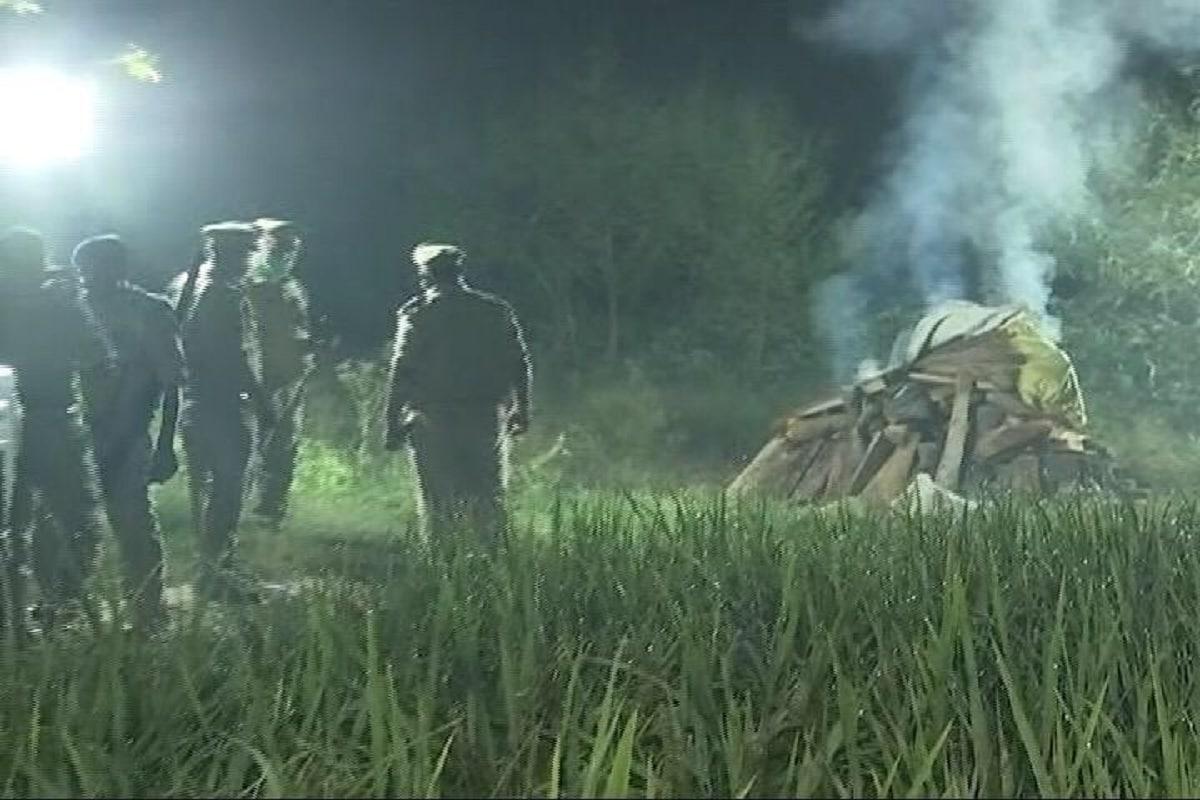 The Hathras victim’s body was cremated in the dead of the night. (File photo)

The Lucknow Bench of the Allahabad High Court had expressed concern over the Uttar Pradesh government not taking any action against the DM for the fairness of the probe in the rape-murder case.

The Uttar Pradesh government on Thursday transferred 16 IAS officers, including Hathras District Magistrate Praveen Kumar Laxkar who had hit the headlines after the rape and murder of a 19-year-old Dalit woman. Laxkar will be the new district magistrate of Mirzapur.

UP Jal Nigam Additional MD Ramesh Ranjan will take his place in Hathras, an official spokesman said. Laxkar had come into focus after the Dalit woman was raped by four upper-caste men in Hathras on September 14. She died on September 29 at Delhi’s Safdarjung Hospital during treatment.

The victim was cremated in the dead of the night near her home on September 30. Her family alleged they were forced by the local police to hurriedly conduct her last rites. The Lucknow Bench of the Allahabad High Court too had expressed concern over the Uttar Pradesh government not taking any action against the DM for the fairness of the probe.

Besides Laxar, Gonda District Magistrate Nitin Bansal has been sent to Pratapgarh and Additional CEO of Noida, Shruti, has been made the DM of Balrampur, replacing Krishna Karunesh, who has been posted as the vice-chairman of the Ghaziabad Development Authority, the spokesman said. Prominent among others who have been transferred are Fatehpur DM Sanjiv Singh, who has been shifted to Chandauli in the same capacity, the spokesman added.