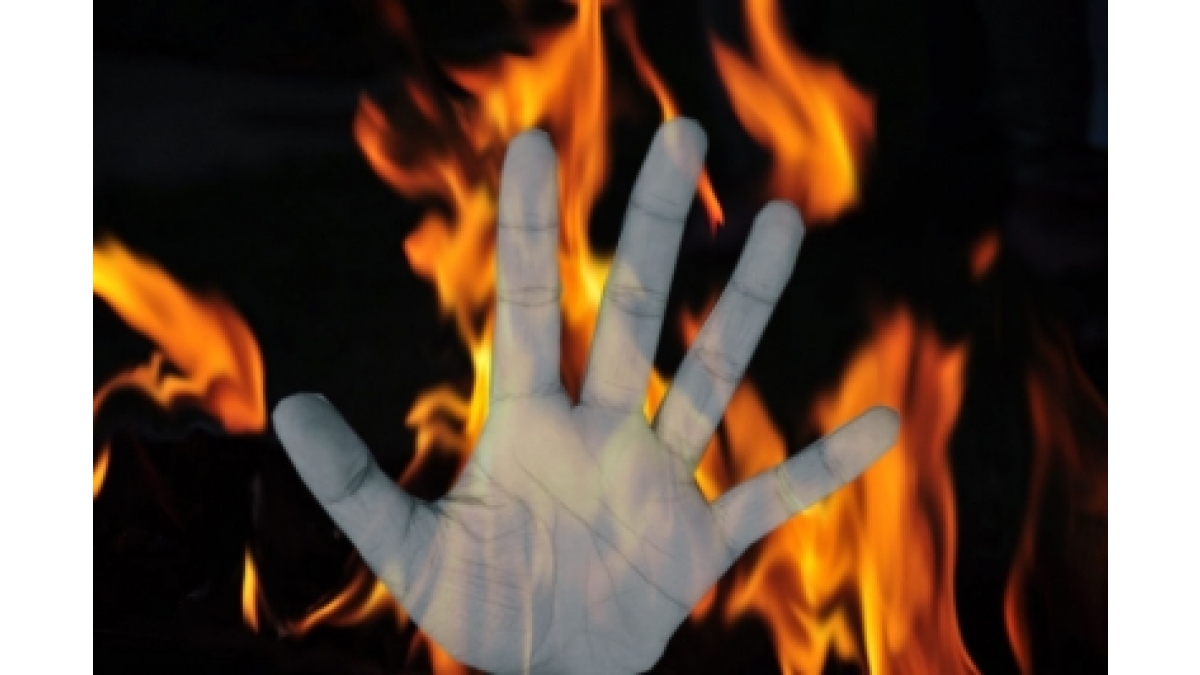 After the incident, the six-year-old girl was rushed to the district hospital with 20 per cent burns on her neck, face and hands in the early hours of Saturday.

According to reports, the accused, identified as Jogendra a.k.a. Bablu of Rajabhood village, is allegedly an alcoholic.

He would often get into arguments with his family members after consuming liquor.

After an argument with his family members in an inebriated state he set his six-year-old daughter on fire after pouring petrol on her.

On hearing shrieks of the girl, the family members rushed to spot and put off the fire. Thereafter, they took her to the Sambhal district hospital for treatment.

The police were informed and a case under IPC section 307 (attempt to murder) has been registered against Bablu.

The accused has been arrested and is being interrogated.

Meanwhile, the accused man’s wife claimed that her husband wanted to set her on fire after the argument. However, when he failed to do it, he set their daughter ablaze.

The girl has been referred to a higher facility in Moradabad for treatment.

UP: Man sets his 6-year-old daughter on fire