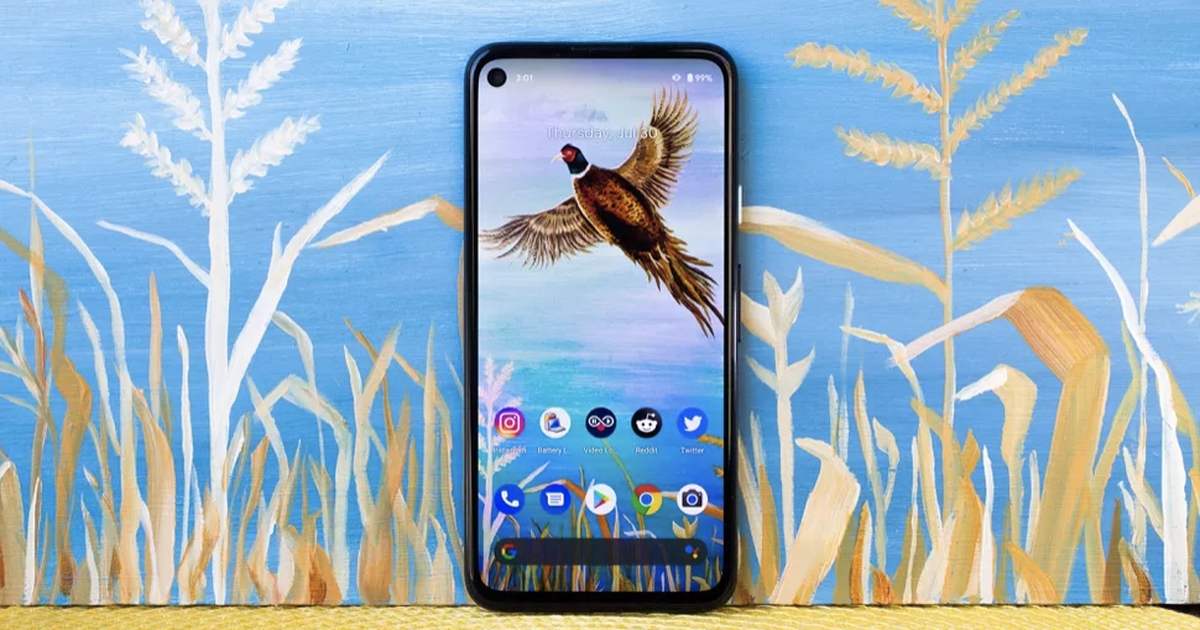 The Google Pixel 4A is an amazingly good budget phone, with a stellar camera, lots of storage and a price tag that’s hard to beat: just $349.

Here’s how you can beat it, and by quite a lot: For a limited time, Visible has the unlocked Google Pixel 4A (128GB) for $336. When you port in an existing number and stay with Visible for at least two months, you’ll receive a $150 Mastercard Virtual Account — effectively lowering your net cost to just $186.

Visible runs on Verizon’s network and offers just one mobile plan: unlimited everything for $40 a month. There’s no contract on that, though as noted above, you do have to subscribe for at least two months in order to qualify for the Mastercard. Speaking of which, it’s basically an electronic debit card you can use for online purchases. With a few exceptions, it’s as good as cash.

Get all the latest deals delivered to your inbox. It’s FREE!

While Visible’s $40 plan is already competitive, the carrier’s great Party Pay option drops the per-person rate to just $25 when you sign up with three others. Any three others: friends, family members, people you met on Reddit, etc. It’s like a family plan, but with a broad definition of “family.”

Meanwhile, if you decide after two months that you want out, feel free. You’ll still have come out ahead on the phone. Read CNET’s Google Pixel 4A review to learn more about it.

One more option to consider: If you’re more interested in the Pixel 4A 5G, which not only supports the newer, faster network but also adds a second camera, larger screen and bigger battery, there’s a similar deal available: $480 for the phone, then a $200 Mastercard, for a net cost of $280.

Visible offers similar deals on iPhones, Samsung Galaxy phones and more. Definitely worth a look if you want to save on the hardware and lower your monthly bill to boot.

Own Cobra Kai season 1 for just $5

No Netflix? You’re missing out on one of the few good reboots, well, ever. Cobra Kai is a continuation of the Karate Kid movies, and against all odds, it’s pretty great.

Want to check it out? For a limited time, Amazon Prime Video has Cobra Kai season 1 (HD) for $5. Apple iTunes has it for the same price, but Google Play charges $15.

Set 30 years after the events of the movies, Cobra Kai picks up with Daniel LaRusso (Ralph Macchio) and Johnny Lawrence (William Zabka). If you ever wondered whatever happened to these characters, here’s your chance to find out.

Honestly, this show shouldn’t work. And as goofy and contrived as it can be at times, it’s funny and exciting and big-hearted, too. Absolutely worth $5 if you don’t have Netflix (or just want to add it to your permanent library).

CNET’s Cheapskate scours the web for great deals on tech products and much more. For the latest deals and updates, follow him on Facebook and Twitter. You can also sign up for deal texts delivered right to your phone. Find more great buys on the CNET Deals page and check out our CNET Coupons page for the latest Walmart discount codes, eBay coupons, Samsung promo codes and even more from hundreds of other online stores. Questions about the Cheapskate blog? Answers live on our FAQ page.

X
Samsung Resumes Rollout of One UI 3.0 Update for Galaxy S10: Report…AndroidSamsung Galaxy S10 smartphones have started receiving the Android 11-based One UI 3.0 update again, as per a report. Samsung had started rolling out t…
close