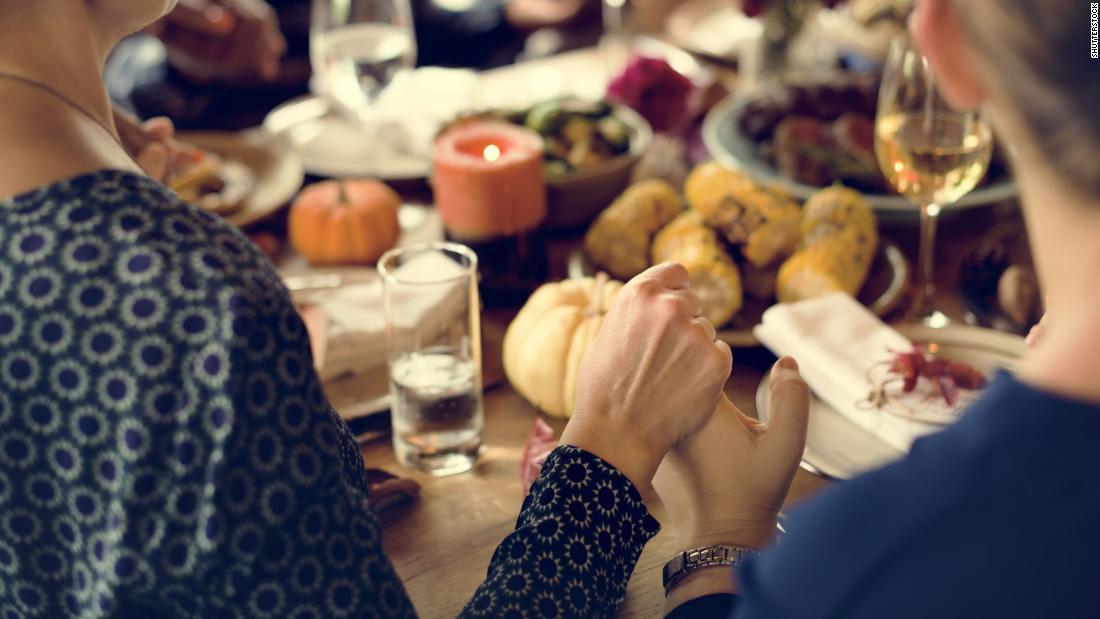 On Thursday, according to screenshots shared online, an employee at the Harbin Institute of Technology in northeastern China wrote on the popular WeChat platform: “Today is Thanksgiving in the West and I’d like use occasion to thank students of Dorm No. 17 for supporting my work.”

“Starting at 7:50 a.m. in the morning, I will be handing out candies in the lobby,” the woman, surnamed Wang, added, along with two photos of a box of chocolate candies.

This offer was met with a barrage of insults from one student, who accused her of being “inappropriate” by propagating “these kinds of Western holidays.”

“As a representative of the (school) administration, have you not considered the implications of publicly celebrating Western holidays?” the student wrote. “Please stop this activity immediately. Otherwise I will report this to the relevant school department.”

Wang apologized in a follow-up message for “not thinking it through” and promised to “be more careful in the future.”

As images of the conversation went viral online, becoming a top trending topic on China’s Twitter-like service Weibo, the school issued a statement early Friday saying that after an investigation, it concluded “the dorm supervisor’s offer of chocolate candies was based on good intentions, and so were the student’s messages.”

“The school does not promote (celebrations) of Western holidays with religious connotations and strictly prohibits religious activities on campus,” the statement added.

Many comments online were critical of both the student’s response and the school statement, with one user writing “how could you say snitching and threats were based on good intentions?”

“When foreigners celebrate the Dragon Boat Festival or (Lunar New Year), we call it a ‘cultural export,'” wrote another Weibo user. “When it’s the other way around, why is it ‘worshiping foreign things and fawning on foreign countries’?”

Yet another Weibo user asked sarcastically: “The Gregorian calendar also has religious connotations, shall we boycott it too?”

Since Chinese leader Xi Jinping took power in late 2012, the country’s colleges and universities have faced rising pressure to rein in speeches and activities not in line with the ruling Communist Party’s orthodox view. There have been calls in recent years to boycott Western holidays such as Christmas on some campuses across China.

Xi said in 2016 that China must “build universities into strongholds that adhere to Party leadership,” adding the Party must raise the ability of its grassroots organizations at schools to do “ideological and political work.”

Government critics have pointed to a growing number of cases involving liberal professors and students being silenced or expelled — often after being reported by other students — as examples of tightening ideological control and vanishing academic freedom in the country’s higher education sector.

Authorities have also been working to include more of Xi’s writings and opinions as part of a mandatory university curriculum. Beginning in the fall 2020 semester, 37 of China’s best colleges and universities started offering a course titled “An Overview of Socialist Thought with Chinese Characteristics in Xi Jinping’s New Era.”

While the century-old Harbin Institute of Technology wasn’t among the 37, the elite school was recently blacklisted by the Trump administration due to its alleged ties to the People’s Liberation Army, with its students banned from entering the US and its access to critical engineering software reportedly cut off.

“Given the US sanctions against the school, what the student did was quite reasonable,” wrote one user on Weibo. “There are so many other days to express one’s gratitude — why do we have to do it on the ‘Western Thanksgiving’?”

How This Chinese Vaping Billionaire Became One Of The Worlds Richest Women In Three...