Ups and Downs! Look Back at 90 Day Fiance’s Libby and Andrei’s Journey 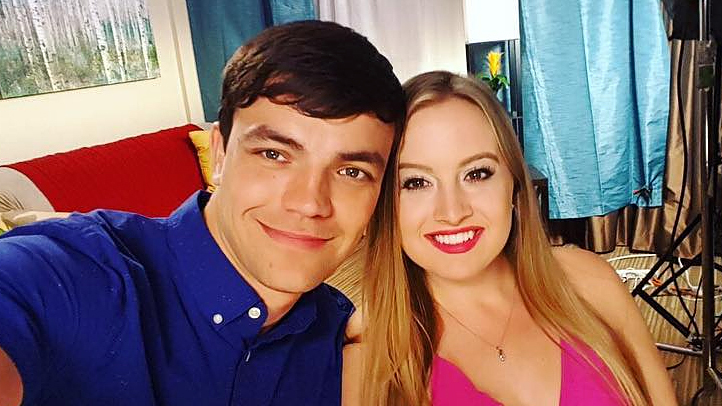 Ready for a stroll down memory lane? Elizabeth Potthast and Andrei Castravet first appeared on season 5 of the wildly popular TLC show 90 Day Fiancé. The couple sparked a connection via a dating app and first met face-to-face during a 2016 trip to Dublin. Elizabeth and Andrei’s love story is full of exciting twists and turns, from tension with the family to walking down the aisle and welcoming their first child together.

Elizabeth and Andrei have certainly come a long way over the years. The Florida resident met her future husband while visiting Ireland in 2016. At the time, the Moldova native worked as a bouncer. The two quickly fell for each other and Andrei relocated to Florida on a K-1 visa to be with Elizabeth, but it wasn’t exactly smooth sailing for the couple as there was some tension with her family.

Elizabeth’s family members were pretty protective of her — which meant that they didn’t fully trust Andrei off the bat. They were worried their family member’s new fiancé was just using her for a visa. Things got especially awkward after Elizabeth’s bachelorette party because Andrei was upset that her sisters hired strippers. The drama didn’t stop Andrei and Elizabeth from getting hitched in the 90-day time frame. The pair tied the knot in December 2017.

And by May 2018, Elizabeth found out they were expecting their first child together. The TLC alum was on a road trip with Andrei and noticed that she had no appetite and felt ill. When they got home, Elizabeth took a pregnancy test and sure enough: it was positive. Andrei later revealed that it was a total surprise since they didn’t plan it.

Once she was far along enough, the couple held a gender reveal and Elizabeth’s dad, Chuck Potthast, even showed up for the special occasion, despite his initial reservations about Andrei. “Everyone was screaming,” Elizabeth told Cosmopolitan. “Most of my family counted on it being a girl, and everybody was right. We just kind of had this gut feeling.”

After welcoming their daughter, Eleanor, the couple tied the knot in a second wedding ceremony held in Moldova so his family members could attend. Now they have three years of marriage under their belt!

Scroll through the gallery below to look at their relationship timeline.