Home EntertainmentBollywood Urmila Matondkar: My husband was called a terrorist, a Pakistani; there’s a limit to where it should go

Urmila Matondkar: My husband was called a terrorist, a Pakistani; there’s a limit to where it should go 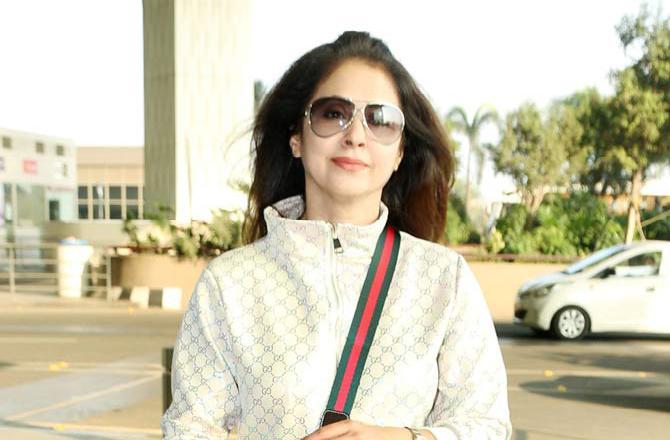 Urmila Matondkar’s Instagram account was hacked recently and restored later. But she has revealed that her Wikipedia page was edited too, her husband Mohsin Akhtar was trolled on social media, and they both had to face a lot of online hate and abuse.

She added, “To top it all, my husband is not only a Muslim but a Kashmiri Muslim. We both follow our religions in an equally staunch way. That gave them a bigger platform to troll me and constantly target him and his family. It was very unfortunate.”

Talking about compassion and the strongest aspects of being a woman, Matondkar said, “I don’t have a thick skin but I have too beautiful a skin to let it be dirtied by these kind of things that come my way. I think sensitivity is one of the strongest points of a woman. Being able to have that compassion, that empathy and that sensitivity is what makes me a woman.”

The actress was a child actor in Shekhar Kapur’s Masoom in 1983 and she went on to do films like Chamatkar, Aflatoon, Daud, Rangeela, Satya, Kaun, Mast, Jungle, Bhoot, and Karzzzz.

Urmila Matondkar, who unsuccessfully contested the 2019 Lok Sabha elections on a Congress ticket, joined the Shiv Sena earlier this month.

Matondkar, 46, quit the Congress in September 2019, nearly five months after she was defeated by BJP’s Gopal Shetty from North Mumbai Lok Sabha seat.

She joined the Shiv Sena in the presence of party president and Maharashtra Chief Minister Uddhav Thackeray at his residence ‘Matoshri’ in Mumbai’s Bandra area. Sena sources said Matondkar’s name was forwarded to Governor B S Koshyari by the party recently for nomination to the Legislative Council from the Governor’s quota.