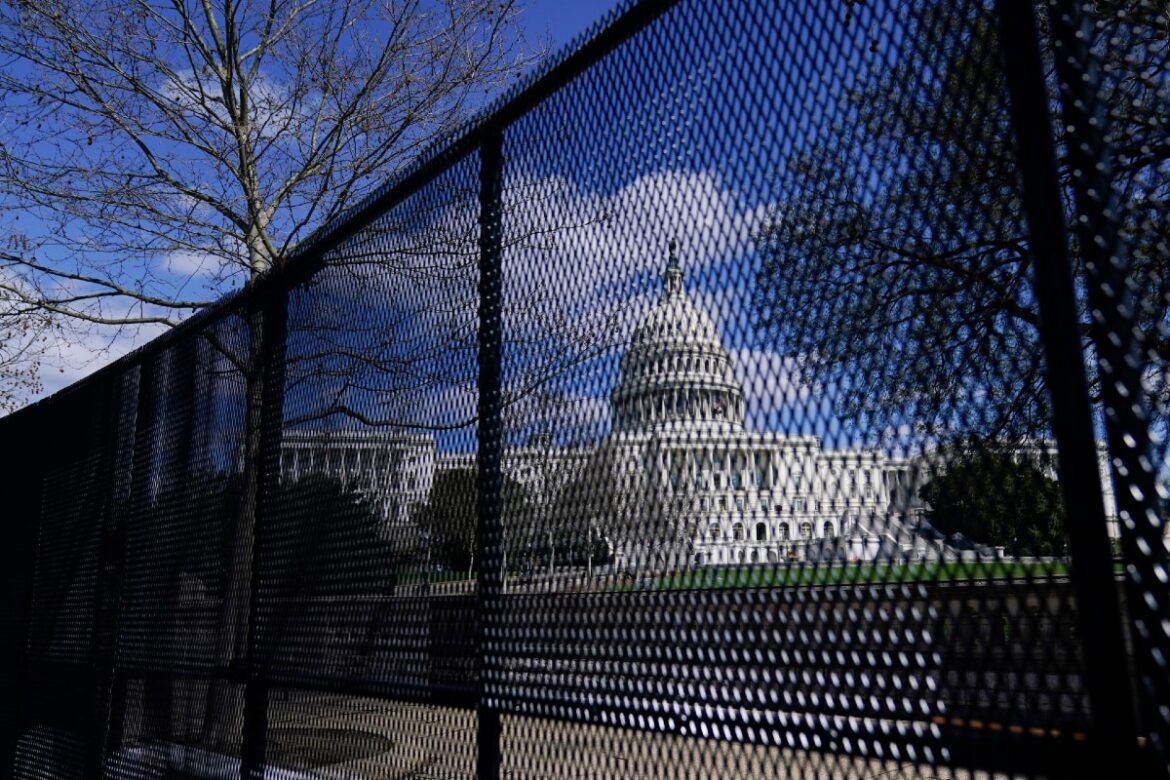 A deadly breach of the U.S. Capitols perimeter could delay the gradual reopening of the buildings grounds to the public just as lawmakers were eyeing a return to more normal security measures following the Jan. 6 insurrection.

Capitol Police officer William Billy Evans, an 18 year veteran of the force, was killed Friday when a man rammed his car into a barrier immediately outside the U.S. Senate side of the building. The driver, identified as 25-year-old Noah Green, was shot and killed after he got out of his car and lunged at police with a knife.

The incident came fewer than two weeks after the Capitol Police removed an outer fence that had cut off a wide swath of the area off completely from vehicular and police traffic, an effort to secure the complex after thousands of former President Donald Trumps supporters marched on the building Jan. 6 and around 800 of them broke inside. That violence lead to five deaths, including a Capitol Police officer.

While lawmakers hated the fencing in bipartisan fashion with some calling it an overreaction the police who took the brunt of the siege that day have still left an inner fencing perimeter intact, as they try to ensure the safety of the complex and the lawmakers who work there.

The tall, dark fencing parts of it covered in razor wire until recently — was not only a nuisance to those who lived in the area, blocking major arteries that cross the city, but also a stark symbol of the fear many in the Capitol felt after the violent mob laid siege to the Capitol. Lawmakers said the seat of American democracy was meant to be open to the people, even if there was always going to be a threat.

But after Fridays incident, lawmakers said they needed to procced with caution.

Its an eyesore, it sucks, Democratic Rep. Tim Ryan of Ohio, the chairman of a House spending committee that oversees security and the Capitol, said of the fencing in the hours after Officer Evans and the driver were killed. Nobody wants that there. But the question is, is the environment safe enough to be able to take it down? In the meantime, maybe that fence can prevent some of these things from happening.

Ryan stressed that no decisions had been made, and that lawmakers would be reviewing everything after Friday’s breach. His committee, along with others, is looking at not only the fence but at the staffing, structure, and intelligence capabilities of the Capitol Police.

The scab got ripped off again here today, Ryan said. So we’ve got to figure this out.

The breach happened inside the perimeter, as the driver slipped through a gate that had opened to allow traffic in and out of the Capitol and rammed a barrier that had protected the building long before Jan. 6. And there was no evidence that Green’s actions were in any way related to the insurrection.

Still, it was a reminder that there is always a target on what may be the countrys most visible and maybe the most fraught public building, especially after the public attention over the broad security failures three months ago.

This may just cause everybody to pump the brakes a bit on taking the fence down entirely because of the sense of security that it provides us, said Democratic Rep. Jennifer Wexton of Virginia, another member of the spending panel that oversees the legislative branch.

As a lawmaker who represents the suburbs of Washington, Wexton said she wants to see the Capitol open back up again to visitors. While the indoor parts of the building have been closed for the last year because of the coronavirus pandemic, the plazas, roads and sidewalks that surround the Capitol were only closed after the insurrection keeping the public away from the area completely.

I would like to see it come down at the earliest possible moment, Wexton said of the fencing.

While lawmakers were initially supportive of the fencing to secure the area, and the thousands of National Guard troops sent to the Capitol to back up the overwhelmed police force, they soon said they were ready for a drawdown.

I think weve overdone it, said Senate Republican Leader Mitch McConnell last month. It looks terrible to have the beacon of our democracy surrounded by razor wire and National Guard troops.

Missouri Sen. Roy Blunt, the top Republican on the Senate Rules Committee, said the fencing should come down because the next security problem is highly unlikely to be a carbon copy of the last problem. Republican Rep. Carlos Gimenez of Florida told Fox News he believed Democrats were keeping the fence up for political reasons.”

But hatred of the fence is a rare issue the two parties agreed on.

Its just ghastly, its an embarrassment, said Illinois Sen. Dick Durbin, the No. 2 Senate Republican. If theres a better way to protect us, I want to see it. I want to work to get it.

Security officials, though, say that the Capitol cant return to status quo. In February, Capitol Police Chief Yogananda Pittman testified that even before the 9/11 attacks, security experts, including former chiefs of police, argued that more needed to be done to protect the Capitol complex. The Capitols security infrastructure must change, she said.

A sweeping security review conducted in the aftermath of the riot by a task force led by retired Army Lt. Gen. Russel Honor recommended eventually replacing the barrier with mobile fencing and an integrated, retractable fencing system that could be deployed as needed. But it’s unclear if such an expensive proposal could win approval from Congress.

Ryan said his committee was doing extensive research, including a recent call with Israeli security officials to see how they keep their government secure.

Weve got to figure out what the sweet spot is with the security, he said.