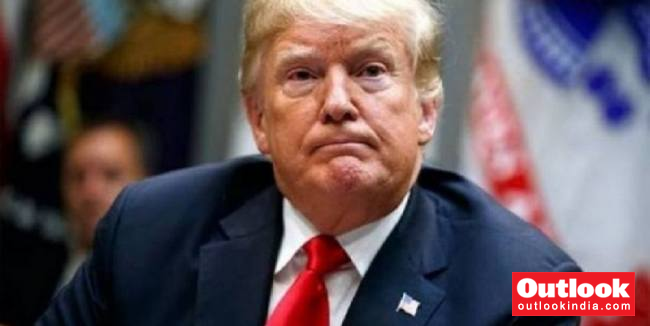 Several US lawmakers have demanded immediate removal of President Donald Trump from office, alleging that he incited his supporters who stormed the Capitol in an unprecedented incident that has dented the democracy of America.

Thousands of pro-Trump rioters on Wednesday stormed the US Capitol, interrupting a joint session of Congress where lawmakers were set to certify President-elect Joe Biden’s win.

“As duly-elected members of Congress, we have the awesome responsibility to report the certification of the Electoral College on January 6 as outlined in the Constitution. Today, President Trump attempted to prevent us from completing this responsibility and disrupted democracy,” Congressman Steven Horsford said.

His words were echoed by dozens of other lawmakers.

“For the first time since the War of 1812, the United States Capitol was breached today. The violence and insurrection that I witnessed was in direct conflict with the ideals and principles that uphold our democratic institutions, and they are unprecedented in modern times,” Horsford said.

“After today’s violence, I have no other choice but to fulfil my own Constitutional responsibility and call for President Trump’s removal. President Trump must be impeached and removed from office immediately,” he said.

Congressman Earl Blumenauer called for Articles of Impeachment against Trump. He also urged Vice President Mike Pence and members of the US Cabinet to use the 25th Amendment of the Constitution to remove the president from office as quickly as possible.

“Let’s be clear about what happened here. The President of the United States sent a mob of domestic terrorists down Pennsylvania Avenue to attack and take over the US Capitol in order to stop the certification of an election that he lost badly,” Blumenauer said, adding, “This man needs to be removed immediately and I am hopeful he will face further consequences for his actions.”

The 25th Amendment, adopted more than 50 years ago in the wake of President Kennedy’s assassination, provides a mechanism for the succession of the president for his or her replacement in the event he or she proves unfit to serve.

Under the amendment, the vice president and a majority of either the Cabinet or some other body designated by Congress may remove the president from office.

“This is not a one-off incident. It is the result of years of collaboration on the part of the Republican Party, who have aided and abetted Trump’s criminal attempts to destroy our republic, and the cause of democracy around the world,” said Congresswoman Ilhan Omar.

“All leaders should denounce this coup. And the President should be impeached and removed from office for his open sedition,” she said.

According to Congresswoman Ayanna Pressley, the acts of “domestic terrorism” at the Capitol makes it clear that Trump is a “grave threat to our democracy who must immediately be removed from office”.

“By actively inciting a violent insurrection, he has endangered the lives of members of Congress and staff, and once again demonstrated his contempt for democratic rule of law and the will of the American people,” she said.

Asserting that Trump presents a clear and direct threat to the democracy and national security, Pressley said, “Our nation cannot afford one more day with him in office. As such, Trump must immediately be impeached by the House of Representatives and removed from office by the United States Senate.”

Congressman Jimmy Gomez also demanded that Trump be removed from office as he called on Congress to finish certifying the 2020 presidential election results immediately.

“If Vice President Mike Pence and the Trump cabinet lack the sound judgement and moral fortitude to exercise the 25th Amendment, I respectfully call on my House Judiciary Committee colleagues to quickly introduce articles of impeachment against the president,” he said.

President Trump must be removed from office immediately. He is unfit to lead the nation, said Congresswoman Kathy Manning.

Meanwhile, 17 House Judiciary Democrats in a statement called on Vice President Pence to use the 25th Amendment to remove Trump from office.

“President Trump is a rogue Commander-in-Chief who represents a credible threat to our national security, our democratic institutions and the people of this country,” said Congressman Anthony Brown.

“Today, Americans and people around the globe witnessed the shameful display of the president encouraging a mob to incite rebellion and overturn the results of a free and fair election. President Trump has once again betrayed his oath of office and demonstrated his extreme unfitness to lead. We cannot have a man actively orchestrating sedition leading our nation’s government for another fourteen days, let alone giving orders to our men and women in uniform,” he said.

Brown said as the world’s most powerful democracy, the US cannot turn a blind eye to Trump’s dangerous behaviour to undermine the Constitution and subvert the will of the American people.

“We cannot wait until January 20. Donald Trump is a subversive and must be removed from office,” he said.

Congresswoman Sara Jacobs and Congressman Don Beyer also called for the immediate impeachment of Trump and the expulsion of those members of Congress who continue to stand in the way of the certification of the free and fair election.