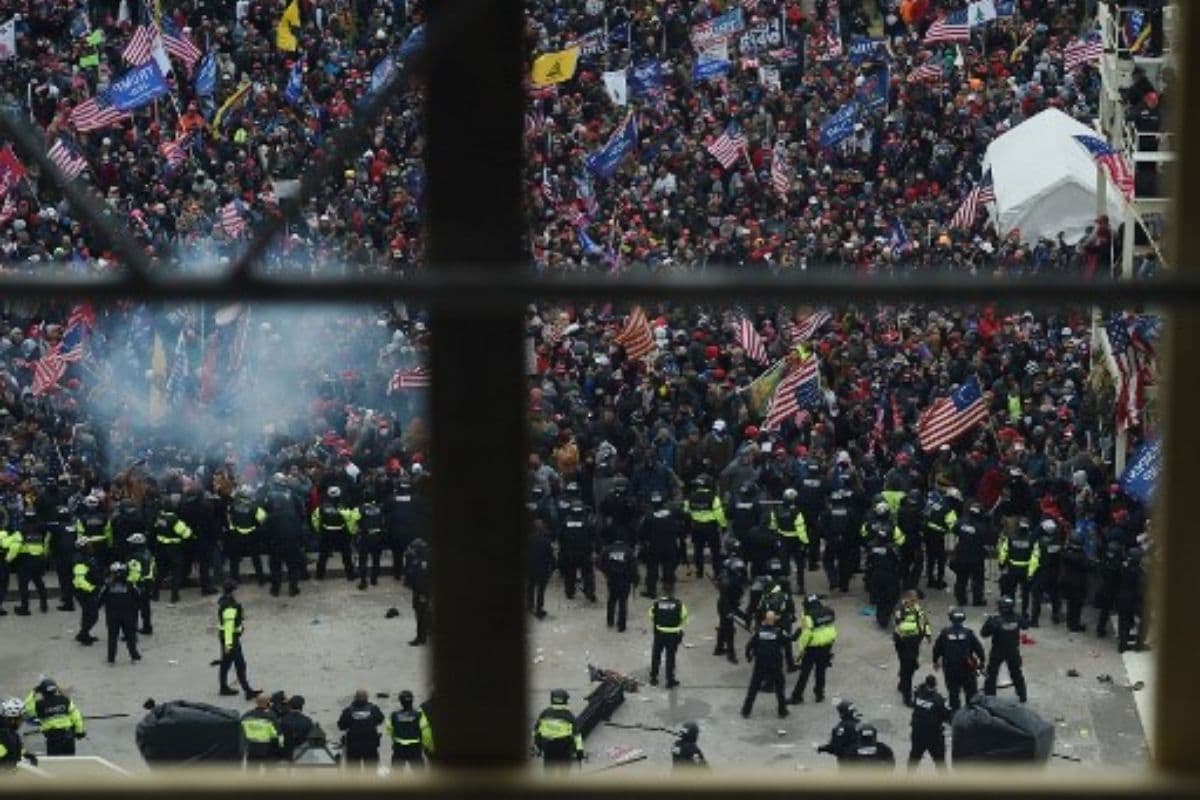 A woman who was shot as Trump’s supporters invaded the US Capitol on Wednesday has died, a Washington police spokeswoman said. Alaina Gertz offered no details on who the woman was or the circumstances of the shooting, which is now under investigation by the metropolitan police. Unverified videos appear to show a woman who was part of the protests on the floor inside the Capitol and bleeding after gunfire erupted momentarily. Police cleared the last of the supporters of Trump from the US Capitol on Wednesday after they stormed the building and disrupted the certification by Congress of Democrat Joe Biden’s election victory.

US media outlets quoted the sergeants-at-arms of the House of Representatives and the Senate as saying the Capitol was now secure, about four hours after it first came under attack. A dusk-to-dawn curfew has been declared by Washington Mayor Muriel Bowser, who asked for the assistance of the National Guard to help reestablish order in the nation’s capital. The curfew went into force at 6:00 pm (0100 GMT) but thousands of Trump supporters could still be seen milling about the streets. “We want everybody to move out and move out quickly,” Bowser told reporters. “The curfew will be enforced.”

Police in riot gear had set up a perimeter around the Capitol building, which came under attack by Trump supporters after the president addressed a rally nearby in which he repeated his baseless claims of election fraud.

Twitter on Wednesday threatened to permanently ban Trump from the platform for flouting its civic integrity rules, ordering him to remove three rule-breaking tweets.

The messaging platform locked Trump for 12 hours and said his account will remain locked if the offending messaging are not taken down, according to the Twitter safety team.

“As a result of the unprecedented and ongoing violent situation in Washington, DC, we have required the removal of three @realDonaldTrump Tweets that were posted earlier today for repeated and severe violations of our Civic Integrity policy,” Twitter said in a post. “If the Tweets are not removed, the account will remain locked.”