Home General US election: ‘Pivot counties’ that stuck with Donald Trump may be a warning sign for Democrats – World News , Firstpost

US election: ‘Pivot counties’ that stuck with Donald Trump may be a warning sign for Democrats – World News , Firstpost 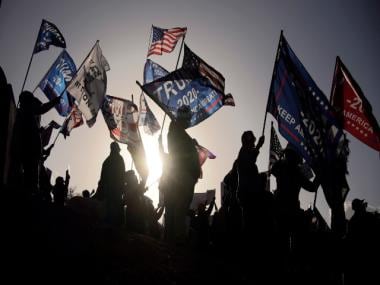 Despite expectations that Joe Biden, with his everyday Joe persona, would win back many blue-collar voters, he appears to have done worse with them than Hillary Clinton or Obama in both of his elections

Lawn signs, everyone agrees, don’t vote. But they proved to be an accurate omen in Winona County, Minnesota — more reliable than the haywire polling of 2020 or the big crowds for President Donald Trump.

“This year, we couldn’t keep up, we constantly had to get more Biden yard signs,” said Caitlin Nicholson, the Democratic chair in the county, which is in southeastern Minnesota, bordering Wisconsin.

Winona County was one of 206 “pivot counties” that mesmerised campaign analysts and reporters after the 2016 election by voting for Trump after having twice voted for President Barack Obama. Election obsessives sought to know: Who were these voters who had flip-flopped so dramatically?

This year, Winona County pivoted again, to President-elect Joe Biden. It was one of 25 Obama-Trump counties nationwide that returned to the Democratic fold, according to Ballotpedia, a site that analyzes election data.

But Winona County turns out to be an exception. At the same time that Biden eked out a victory there by less than 1 percentage point, Trump retained the support of the 181 other pivot counties. Many of those — rural or dominated by white blue-collar voters, and concentrated in the northern Midwest — voted for the president by even larger margins than four years ago.

Although Biden won the popular vote by a resounding 7 million ballots, earning more votes than any presidential candidate ever, his inability to flip more than a handful of swing counties that were carried by a Democratic nominee as recently as 2012 may be a yellow warning light for his party about the narrowness of his victory on the electoral map.

While pivot counties are spread among 33 states, and all have their own idiosyncrasies, there are similarities that link many of them. Here is an overview of where Biden did well and where he struggled, as well as the places that Trump succeeded.

The Northern Midwest: Pivot counties that stuck with Trump

Most pivot counties are stretched across a northern tier from Minnesota to Maine, a map of white working-class enclaves where Democrats once held appeal but are now waning.

Although Biden’s narrow victories in Arizona and Georgia suggest a path for future Democratic nominees through the more diverse Sun Belt, the party cannot afford to ignore the Great Lakes states that have proved a more reliable part of its coalition.

Biden flipped all three industrial “blue wall” states from Trump, but his winning margins in two of them — 0.6% in Wisconsin and 1.2% in Pennsylvania — were close enough to give Democrats heartburn. (His more decisive win in Michigan was thanks to a surge in urban and suburban areas.)

“I don’t know if Trump runs in 2024, but I’ll tell you one thing: If someone comes along who has enough intelligence to understand what Trump did, they’re going to be an extremely tough person to beat,” said Dan Smicker, the chair of the Republican Party of Clinton County, Iowa.

Democrats had won Clinton County, which is north of Davenport, in the seven presidential elections before 2016, when Trump flipped it. This year, the president more than doubled his winning margin there, to 10.3 percentage points. Just eight years ago, Obama carried the county by nearly 23 points. In fact, Biden did not win back a single one of Iowa’s 31 pivot counties, the most of any state.

Smicker, a former high school agriculture teacher, said Trump had increased his support in rural towns where farmers embraced his trade wars — and even more so in the working-class county seat of Clinton. “If you’ve seen a drain of manufacturing jobs and all of a sudden you have someone who shows a lot of interest in redeveloping that, people will vote their interests,” he said.

The greatest concentration of pivot counties hug the Mississippi River in Iowa and three other states: Illinois, Wisconsin and Minnesota.

It is a region of small, postindustrial cities that have suffered manufacturing losses, where largely white voters, after years of voting for Democrats, embraced Trump’s nationalism and culturally backward-gazing message.

“You can look at the part of the country where I live and where I serve, there is a feeling they have been left behind and we haven’t delivered,” said Rep. Cheri Bustos, a Democrat whose northwest Illinois district includes nine Obama-Trump counties. All of them stayed with Trump this year.

Despite expectations that Biden, with his Everyday Joe persona, would win back many blue-collar voters, he appears to have done worse with them than Hillary Clinton or Obama in both of his elections.

Suburbia and beyond: Pivot counties that flipped to Biden

Some of the 25 pivot counties that Biden did flip back reflect gains he made in suburbs across the country — the key to his election — or are in states like Pennsylvania, where his campaign poured in resources for advertising and voter outreach.

Four of these “boomerang” counties, to use the term favored by Ballotpedia, were in Minnesota. Each has a small or medium-size city that is an island of blue voters in a sea of red ones. Unlike in 2016, when complacency, lack of enthusiasm for the Democratic nominee and third-party candidates all cut into votes for Clinton, this year there was a surge of Democratic turnout in the state, which Biden won by 7.1 points, compared with Clinton’s 1.5-point margin in 2016.

In Clay County, one of the four pivot counties in Minnesota that Biden wrangled back from Trump, Biden won 3,500 more votes than Clinton did in 2016. Trump increased his total by a more modest 1,500.

“I think Hillary Clinton did not inspire a lot of Democrats to vote and there was an assumption that she would win,” said Athena Gracyk, the Clay County chair of the Democratic-Farmer-Labor Party. This time around, she said, a lot of Democratic voters recognized the consequences of inaction. “You can’t assume your candidate will win,” she said. “You have to work as hard as you can until the polls close.”

Nationwide, turnout was significantly higher this year for both Biden and for Trump. It suggests that the outcome of pivot counties turned less on Obama-Trump-Biden voters than on infrequent voters for both parties coming off the sidelines after sitting out 2016.

Pennsylvania’s three pivot counties are all declining industrial hubs. This year, two of them — Erie County on Lake Erie and Northampton County in the Lehigh Valley — flipped back to Biden. But Luzerne County, just south of Scranton, stuck by Trump.

“I’ve never condemned anyone for voting for Donald Trump, because I know why they did,” said Rep. Matt Cartwright, a Democrat who represents much of Luzerne County and was re-elected last month. “The answer is that our area is hurting.”

Unemployment in Cartwright’s district is higher than the state average. Working people there, as in many districts across the country, sometimes must hold two minimum-wage jobs.

“There’s one time-honored truth in American politics: When life isn’t working out, you vote for the change candidate every time,” Cartwright said. “President Obama won my district twice by double digits. What was his slogan? ‘Change we can believe in.’”

This year Trump again carried the district. In 2022, Cartwright said, a Trump-style Republican in Pennsylvania’s elections for governor and Senate could win statewide. “Much of it depends on how life is going in two years,” he said.

Another region that reflected the shifts of recent elections, Saratoga County in upstate New York, was home to one of Biden’s most decisive performances in a pivot county. Trump won there by 3.2 points four years ago. Biden won by 5.4 points last month, for a total swing of 8.6 points.

Todd Kerner, the chair of the county Democrats, attributed the about-face to misgivings about the president by college-educated voters in the affluent suburbs of Albany, in the southern end of the county.

Jim Esterly, a retiree in Clifton Park, New York, was one of them. Four years ago, he said, he was taken by Trump’s TV persona from “The Apprentice.”

“I said, ‘Here’s a guy who’s a businessman,’” Esterly said. “He’s had businesses that failed, but he’s come back. I don’t know how he righted the ship, but I said running the country is like running a big business.”

Disillusion set in early for Esterly, 68, who had managed a municipal wastewater treatment plant. “He didn’t believe in climate change,” he said, citing the president’s withdrawal from the Paris accord. “When COVID hit, he was more than stupid, not believing his experts early enough, then saying, ‘Maybe we need to do something,’ then ignoring it.”

Esterly voted for Biden this year, and he had plenty of company in suburban Clifton Park. Biden won nearly 3,000 more votes in the town than Clinton did in 2016. Trump increased his support there by only about 500 more votes.

Once again, yard signs told the tale. “We couldn’t keep Biden signs in stock from the summer on,” said Kerner, the Democratic chair.

“I’ve done this for a while. I’ve never had anybody ask for signs in such numbers,” he added. “A lot of Republicans put out signs for their congressional candidate — but they didn’t put Trump signs out.”