On Inauguration Day, President-elect Biden and both the Vice President-elect Kamala Harris will take Oaths of Office at noon, which will be followed by the inaugural address 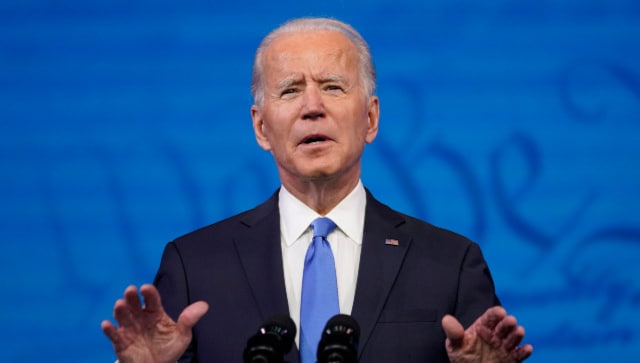 Biden’s inauguration will happen amid heightened security concerns after Donald Trump’s supporters attacked the US Capitol building on 6 January. The FBI had to vet the 25,000 National Guard troops coming to Washington for the event over concerns regarding an insider attack.

Outgoing president Trump, who alleged fraud in counting votes during the 2020 US President election, will not be attending his successor’s inauguration. According to reports, Trump plans to leave Washington on the morning of Inauguration Day.

Here’s all you need to know about the Inauguration Day:

On Inauguration Day, both the vice president-elect and president-elect will take Oaths of Office at noon, which will be followed by an inaugural address. The in-person attendance this year has been limited to Congress due to safety protocols. The Bidens will arrive at the White House with a presidential escort, which will consist of representatives from every branch of the military,

Biden and Harris will then visit Arlington National Cemetery to lay a wreath at the Tomb of the Unknown Soldier. The event will also be attended by former president Barack Obama and Michelle Obama, former president George W Bush and Laura Bush, and former president Bill Clinton and Secretary Hillary Clinton. A ‘virtual parade’ showcasing communities from across the country will be televised.

The day will come to an end with a 90-minute prime time programe, ‘Celebrating America’, hosted by Tom Hanks that will include interactions with Biden and Harris.

The show will have performances by Demi Lovato, Justin Timberlake, Jon Bon Jovi and Ant Clemons. There will be special appearances by Bruce Springsteen, the Foo Fighters, John Legend, Eva Longoria and Kerry Washington.