Home News US must lift all sanctions if it wants Iran to return to nuclear deal, says Supreme Leader Ali Khamenei

US must lift all sanctions if it wants Iran to return to nuclear deal, says Supreme Leader Ali Khamenei 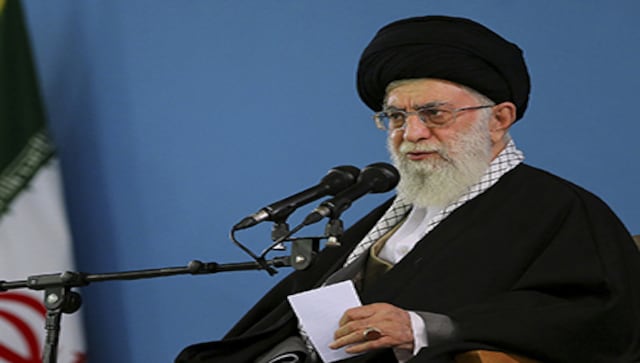 Tehran: Iran’s supreme leader says the US must lift all sanctions if it wants Iran to return to its commitments to the nuclear deal with Western powers, State TV reported Sunday.

The televised comments by Ayatollah Ali Khamenei are his first since the inauguration of President Joe Biden, who has said he wants to rejoin the accord.

Former president Donald Trump unilaterally withdrew the US from the dedal in 2018.

Iran has threatened to expel nuclear inspections later this month, begun enriching uranium closer to weapons-grade levels and ramped up its military drills, including firing cruise missiles as part of a naval drill in the Gulf of Oman last month.

Tensions have escalated between Iran and the US as Tehran seeks to quickly pressure the new Biden administration to ease the unprecedented sanctions imposed by Trump, who unilaterally withdrew from the nuclear deal in 2018 as part of what he called maximum pressure against Iran.