US not extending TikTok divestiture deadline, but talks will continue: Sources 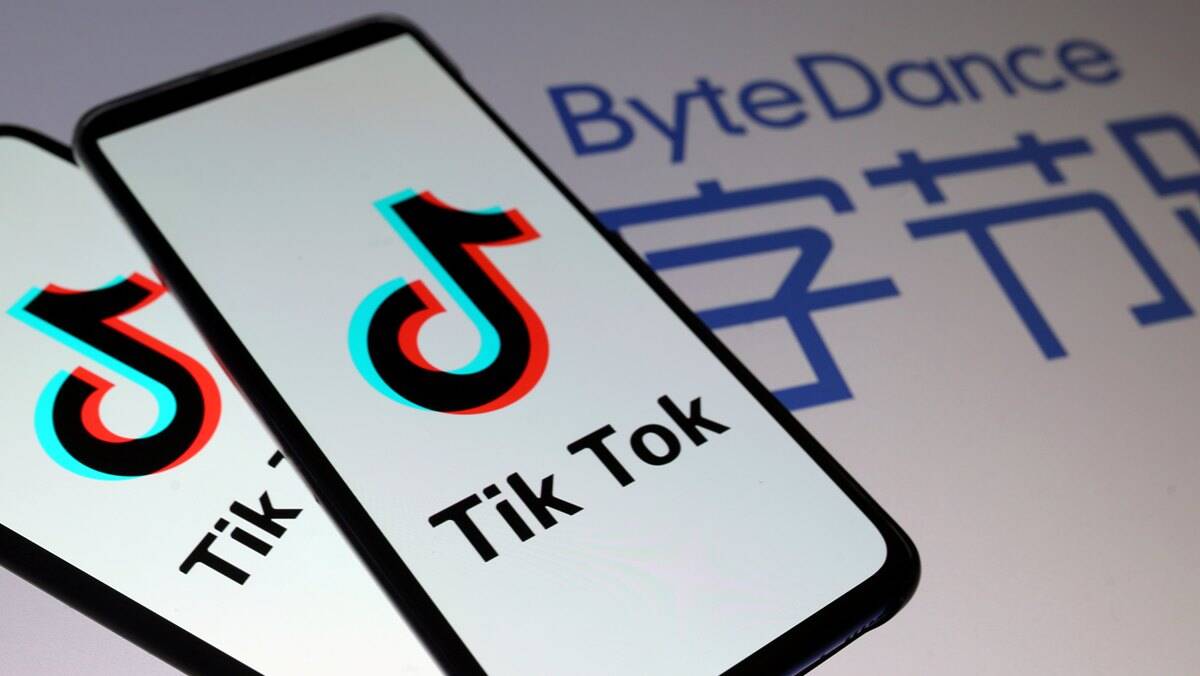 
File photo: TikTok logos are seen on smartphones in front of a displayed ByteDance logo in this illustration taken November 27, 2019. (Reuters)

The Trump administration on Friday opted not to grant ByteDance a new extension of an order requiring the Chinese company to divest TikTok’s US assets, but talks will continue over the short video-sharing app’s fate, two sources briefed on the matter said. A Treasury Department representative said late on Friday the Committee on Foreign Investment in the United States (CFIUS) “is engaging with ByteDance to complete the divestment and other steps necessary to resolve the national security risks. “Last week, CFIUS granted TikTok parent ByteDance a one-week extension until Friday over the order to shed TikTok’s U.S. assets.

President Donald Trump’s August order gave the Justice Department the power to enforce the divestiture order once the deadline expired, but it is unclear when or how the government may seek to compel divestiture. Trump was said to have personally made the decision not to approve any additional extensions at a meeting of senior U.S. officials, according to a person briefed on the meeting.

The government had previously issued a 15-day and seven-day extension of the initial 90-day deadline, which was Nov. 12, in Trump’s order. The Justice Department did not immediately respond to requests for comment, while the White House did not comment. TikTok declined to comment.

The Trump administration contends TikTok poses national security concerns as the personal data of U.S. users could be obtained by China’s government.

TikTok, which has over 100 million U.S. users, denies the allegation. Under pressure from the U.S. government, ByteDance has been in talks for months to finalize a deal with Walmart Inc and Oracle Corp to shift TikTok’s U.S. assets into a new entity aimed to satisfy the divestiture order. ByteDance made a new proposal aimed at addressing the U.S. government’s concerns, Reuters reported last week.ByteDance made the proposal after disclosing on Nov. 10 that it submitted four prior proposals, including one in November, that sought to address U.S. concerns by “creating a new entity, wholly owned by Oracle, Walmart and existing U.S. investors in ByteDance, that would be responsible for handling TikTok’s U.S. user data and content moderation.

“In September, TikTok announced it had a preliminary deal for Walmart and Oracle to take stakes in a new company to oversee U.S. operations. Trump said the deal had his “blessing.”On Nov. 11, ByteDance filed a petition with a U.S. Appeals Court challenging the divestiture order and said it planned to file a request “to stay enforcement of the divestment order only if discussions reach an impasse and the government indicates an intent to take action to enforce the order.

“ByteDance said the Trump order seeks “to compel the wholesale divestment of TikTok, a multi-billion-dollar business built on technology developed by” ByteDance “based on the government’s purported national security review of a three-year-old transaction that involved a different business.”The Trump administration has been stymied in its efforts to restrict TikTok in the United States.

A federal judge in Washington on Sept. 27 blocked a ban on Apple Inc and Alphabet’s Google offering TikTok for download in U.S. app stores, while another judge on Oct. 30 blocked government restrictions scheduled to take effect Nov. 12 that ByteDance said would have effectively barred TikTok from operating in the United States.A U.S. appeals court will hear arguments on the app store ban on Dec. 14.

Apple is again extending TV Plus trials to July

According to 9to5Mac, Apple will be extending its free year-long...
Read more

Scientists figured out how to turn black holes into power sources

Prachi Desai spotted on a wheelchair at the airport, the actress was seen with a bright smile even though she had a injury, SEE...