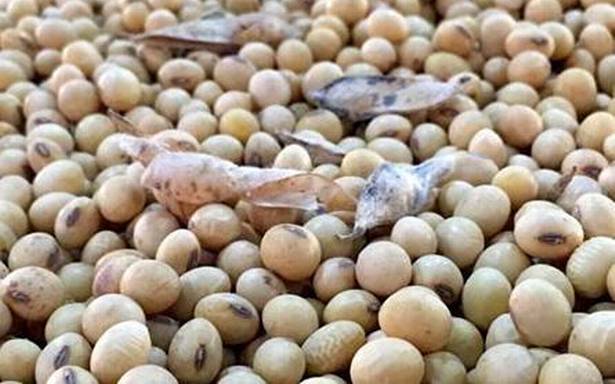 The prospective planting intentions report for 2021 released by the US Department of Agriculture on March 31 has surprised the world grains and oilseeds market participants as the farmers’ growing plans have fallen below the earlier expectation, especially for soyabean and corn (maize) whose prices have been rallying since the beginning of the year.

Although the numbers are slightly higher than last year’s, the report is beginning to create turmoil in the corn and soyabean markets which are already in the throes of lower production and tightening supplies amid demand revival.

Conventional wisdom suggests that when agri-commodity prices rally, farmers will grow more and there will be a supply response to prices. To be sure, corn prices have been trading at 7-year high and soyabean 6-year high in recent weeks.

Farmers in the US are reported to be planning to seed 91.1 million acres of corn, almost flat at last year’s level, but about two million hectares lower than market expectation of 93 million acres. In soyabean, the intended area is 87.6 million acres, up 5 per cent from last year; but decidedly lower than the anticipated 90 million acres.

There is now a growing feeling that the surveyed figures are rather low. This raises the question whether the prospective acreage numbers would actually materialise or the final actual planted acreage would vary from the survey.

Many observers, who had earlier expected that the US would be able to contribute to easing of the tightness in the world grains and oilseeds market, now think that the growing plans would make it hard for the US to meaningfully augment supplies in the 2021-22 season and thereby ease the tightness.

For the world market that has been reeling under the onslaught of La Nina conditions in 2020-21 impacting oilseeds and grains harvests in North America, South America and Europe, genuine price relief in grains and oilseeds market may not materialise soon. The widely-anticipated supply rebound in the second half of this year may have to wait. Punters in the bourses will, of course, have a field day.

In the US, corn and soyabean both closed their limit up on Wednesday, not only in the front-month contract but also those based on new crop supplies in September/October.

Elevated levels of soyabean and thereby soyaoil prices will encourage palm oil market too to remain strong. India is the world’s largest importer of vegetable oil with about 13 million tonnes of annual import valued at $10 billion.

The author is a policy commentator and agri-business specialist. Views are personal