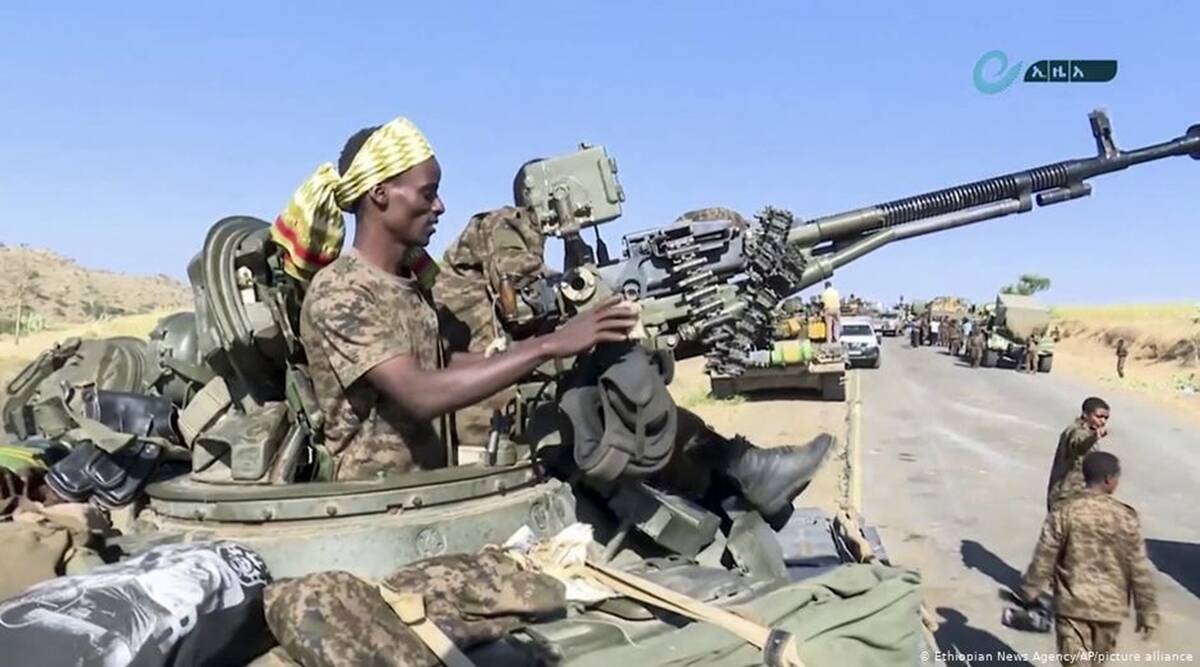 The United States said all soldiers from Eritrea should leave Ethiopia’s embattled Tigray region “immediately.” A State Department spokesperson in an email to The Associated Press cited “credible reports of looting, sexual violence, assaults in refugee camps and other human rights abuses.” “There is also evidence of Eritrean soldiers forcibly returning Eritrean refugees from Tigray to Eritrea,” the spokesperson said.

The statement reflects new pressure by the Biden administration on the government of Ethiopia, Africa’s second most populous country and the anchor of the Horn of Africa, and other combatants as the deadly fighting in Tigray nears the three-month mark.

The AP this week cited witnesses who fled the Tigray region as saying Eritrean soldiers were looting, going house-to-house killing young men and even acting as local authorities.

The Eritreans have been fighting on the side of Ethiopian forces as they pursue the fugitive leaders of the Tigray region, though Ethiopia’s government has denied their presence. The U.S. stance has shifted dramatically from the early days of the conflict when the Trump administration praised Eritrea for its “restraint.”

The new US statement calls for an independent and transparent investigation into alleged abuses. “It remains unclear how many Eritrean soldiers are in Tigray, or precisely where,” it says.

It was not immediately clear whether the US has addressed its demand directly to Eritrean officials.

Witnesses have estimated that the Eritrean soldiers number in the thousands. Eritrean officials have not responded to questions. The information minister for Eritrea, one of the world’s most secretive countries, this week tweeted that “the rabid defamation campaign against Eritrea is on the rise again.“

The US also seeks an immediate stop to the fighting in Tigray and “full, safe and unhindered humanitarian access” to the region, which remains largely cut off from the outside world, with Ethiopian forces often accompanying aid.

We are gravely concerned by credible reports that hundreds of thousands of people may starve to death if urgent humanitarian assistance is not mobilized immediately,” the statement says.

The US adds that “dialogue is essential between the government and Tigrayans.” Ethiopia’s government has rejected dialogue with the former Tigray leaders, seeing them as illegitimate, and has appointed an interim administration.

The former Tigray leaders, in turn, objected to Ethiopia delaying a national election last year because of the COVID-19 pandemic and considered Prime Minister Abiy Ahmed’s mandate over.