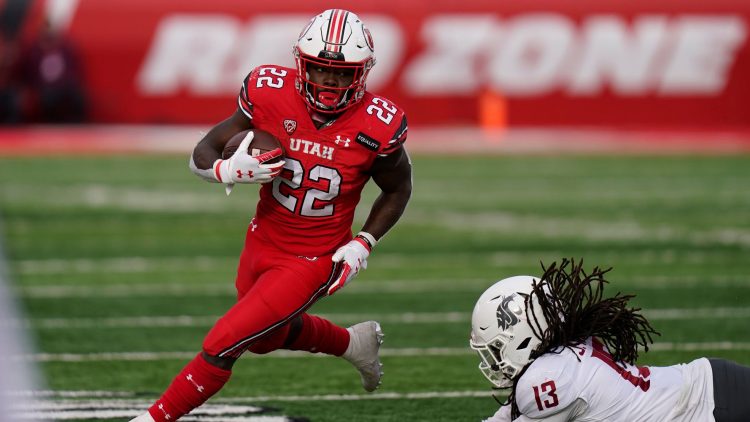 Jordan — a running back for the Utes who was named the Pac-12 offensive freshman of the year — was shot once in what police called an accidental discharge, ESPN reported.

Police in Denton, Texas, responded to a shooting call at 10:38 p.m. Friday and found Jordan, 19, ESPN reported. He was taken to a hospital, where he was later pronounced dead.

“Ty’s personality and smile were infectious, and he made a huge impact on our program in the short time he was with us,” Utes coach Kyle Whittingham said in a statement. “He leaves an indelible mark on each of us, and our thoughts and prayers go out to his family and friends. From the bottom of our hearts, all of us in the Utah football family want to say, we love you, Ty, and may you rest in peace.”

Jordan’s death comes days after the Pac-12 named him offensive freshman of the year for running 597 yards with six touchdowns on 83 carries in five games while playing for the Utes.

“We are deeply saddened and shocked to learn of Ty Jordan’s passing early this morning, and our thoughts and prayers are with those who loved him dearly, including the young men in our football program,” Harlan said in a statement. “Our priority is on supporting his family and the student athletes, coaches and staff in our football program who are so deeply hurting right now. Coach Whittingham and I are working closely to provide support and resources for our Utah football family in this extremely difficult time.”

Utah Jazz guard Donovan Mitchell expressed his condolences on Twitter and said Jordan had “an amazing season as a freshman!”

Man this is so wild!!! I didn’t know him but I did know He had an amazing season as a freshman!! And was going to be an amazing talent Rest In Peace Ty Jordan man! This is crazy!! 🙏🏾🙏🏾🙏🏾 https://t.co/t5T9wopaOb