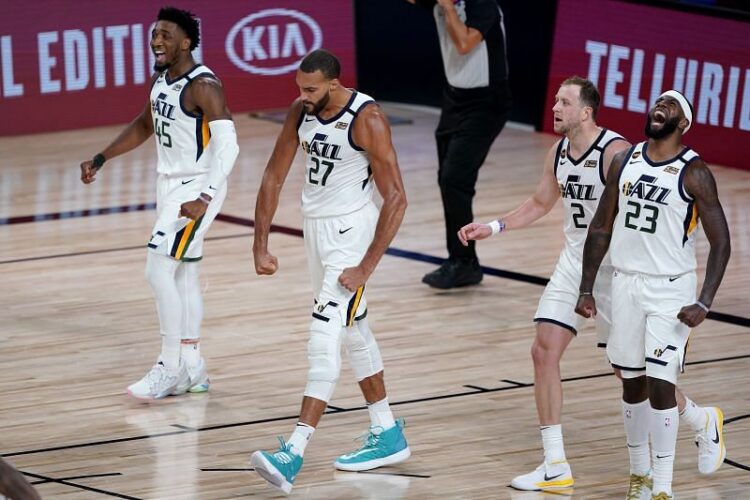 The mighty Utah Jazz travel to the FedExForum to take on the Memphis Grizzlies for the third time in four NBA matches. The Utah Jazz are on a 6-game winning streak and have been utterly dominant in recent games. Donovan Mitchell and Rudy Gobert are leading the way for the Jazz, with the latter producing some huge double-doubles.

Meanwhile, the Memphis Grizzlies have won 3 of their last 5 games, with both of those losses coming against the Utah Jazz. They come into this game off the back of a 10-point victory over the Houston Rockets, with Ja Morant producing some big performances of late.

The Utah Jazz are currently top of the Western Conference with a 35-11 record. Donovan Mitchell has been sensational, with his 19-point performance the last time around being the only game in the last 13 matches where has he scored less than 20 points. Mike Conley had an injury issue but has returned, with Rudy Gobert’s defensive presence ensuring that the Utah Jazz’s offensive players can stick to their tasks.

They are missing a couple of fringe players but should have enough firepower to make it their third victory over the Memphis Grizzlies in recent weeks. Gobert produced 16 points, 14 rebounds and 2 blocks last time around against the Grizzlies and will be looking for a similarly dominant game.

Donovan Mitchell has been unstoppable in recent NBA matches. In his last five games, Mitchell has made 24 out of a total of 37 3-point attempts, and has been the major playmaker for the Utah Jazz this season, with 25.7 points and 5.5 assists per game. The Memphis Grizzlies will be feeling a bit of deja vu, as the Utah Jazz have already won against them twice since the NBA trade deadline.

The Memphis Grizzlies have been better in recent weeks and were unlucky with their schedule that saw them play against the Utah Jazz twice in quick succession. They came up comprehensively short on both occasions, and haven’t started games with the same kind of intensity.

Ja Morant has been terrific in recent games, with his playmaking skills on full display. He has been well supported by the likes of Jonas Valanciunas and Dillon Brookes, with the former producing a 15-point and 14-rebound double-double in their last victory over the Houston Rockets.

The Utah Jazz have won both of their recent games against the Memphis Grizzlies. This should be another close matchup considering the form of Valanciunas and Ja Morant.

Regardless, the Utah Jazz have been dominant on both ends of the court and will be able to count on their multiple offensive threats. Jordan Clarkson has been consistent off the bench, and can provide a much-needed spark.

The Utah Jazz will again go in as the favorites to win this matchup.

Where to watch the Jazz vs Grizzlies Matchup?

Those watching in America can catch the game on Fox Sports Southeast – Memphis and on AT&T Sportsnet. It can also be streamed live with an NBA League Pass.