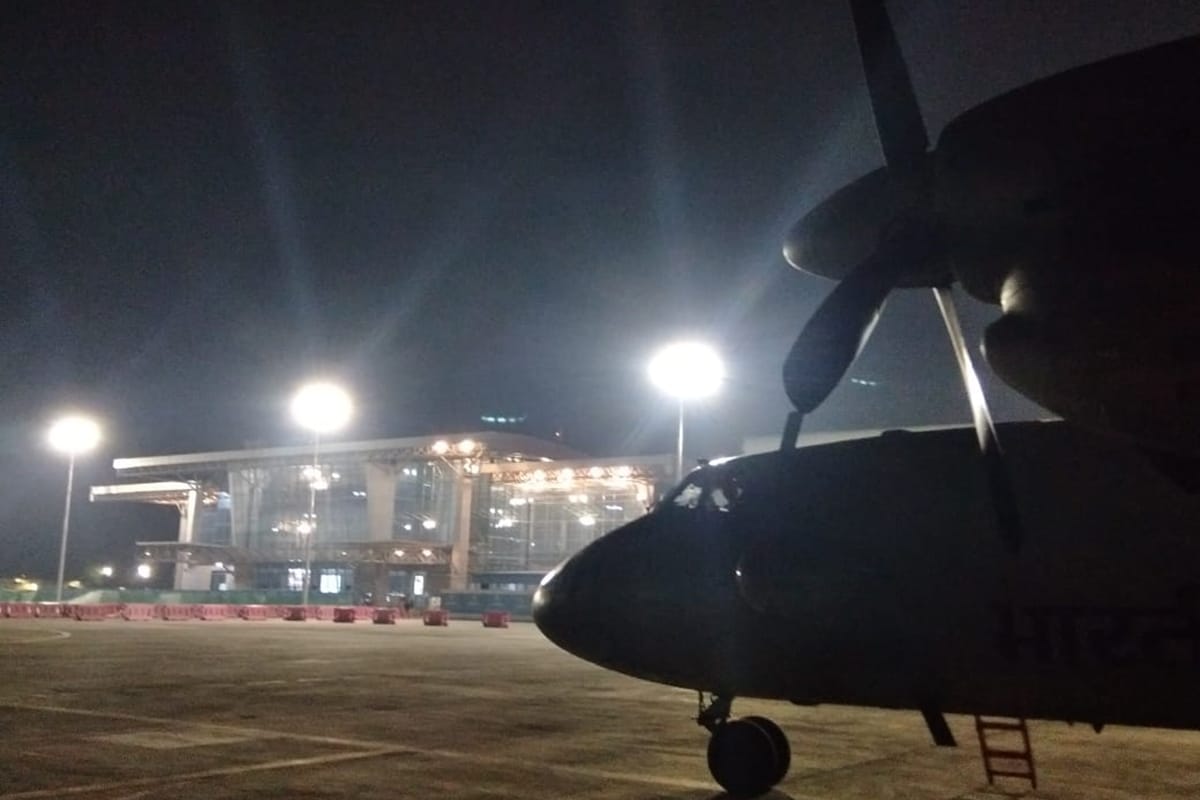 A glacier broke off in Joshimath in Uttarakhand’s Chamoli district around on Sunday, causing a massive flood in the Dhauli Ganga river and endangering the lives of people living along its banks. Here are some of the key highlights:

◐ Two power projects – NTPC’s Tapovan-Vishnugad hydel project and the Rishi Ganga Hydel Project were extensively damaged with scores of labourers trapped in tunnels as the waters and sludge came rushing in. According to the update at 8 pm on Sunday, ten bodies have been recovered from one of the tunnels in Tapovan and a search for the rest of the missing 170 people is underway by ITBP and SDRF personnel. Out of the missing people, 22 workers were at the Rishi Ganga project, and 148 in the NTPC Tapovan project. Twelve people were rescued by the ITBP. About thirty people are feared trapped in a particular tunnel. Six people are injured.

◐ ITBP official Vivek Pandey told ANI that rescue operations were focused on the tunnel where 30 people are estimated to be trapped. “We will be carrying out night operations also. Our teams are already on the job and we hope that we’ll be able to rescue them,” he said.

◐ NDRF IG Amrendra Kumar Sengar said because of the flow of water being fast initially, bodies were being recovered far away from the incident site. “Some are trapped in deep areas and others in tunnels, so there is an issue of access,” he said.

◐ Water Levels High: Several districts, including Pauri, Tehri, Rudraprayag, Haridwar and Dehradun have been put on high alert. Rafting has been stopped in Rishikesh. The water level of the Dhauli Ganga river at Joshimath flowed at a perilously high level, breaching all records, Central Water Commission officials said after the incident. “At 11 am, the water level recorded at Joshimath was 1,388 metres,” Saumitra Haldar, Chairman, Central Water Commission said. During the 2013 Uttarakhand flash floods, the highest flood level (HFL) at Joshimath was 1,385.54 metres, he added. Meanwhile, Uttarakhand DGP Ashok Kumar has said rescue work at the NTPC’s 900-metre long Tapovan Tunnel had to be halted due to a rise in water level.

◐ No Danger of Floods in Downstream Areas: The Tapovan Barrage and Srinagar Dam have sustained damaged. Rishikesh Dam has been destroyed in the floods. The 13.2 MW small hydro project on the Rishiganga river was swept away in the glacier burst but there is no danger of floods in the downstream areas as the water level has been contained, the National Crisis Management Committee (NCMC), headed by Cabinet Secretary Rajiv Gauba, said. The flash flood also affected the downstream hydro project of NTPC at Tapovan on the river Dhauli Ganga, which is a tributary of the river Alaknanda. However, there is no danger of downstream flooding, and the rise in water level has been contained, as per the information given by the Central Water Commission (CWC).

◐ National Disaster Response Force (NDRF) has moved from Dehradun to Joshimath. “We are organising airlift for three to four more teams from Delhi to Dehradun and then to Joshimath,” NDRF DG SN Pradhan said. Army officials had previously said that six columns (around 600 personnel) of the Indian Army were moving towards the flood-affected areas. According to the update at 7 pm, these were the deployments and arrangements:

• An engineering task force with two JCBs has been deployed.

• A medical column with two ambulances has been deployed.

• A control room has been established at Joshimath.

• 60 NDRF personnel have moved from Hindon to the JollyGrant Airport in IAF C130.

• MARCOS teams, 16 personnel at New Delhi and 40 at Mumbai ready for deployment.

Indian Air Force PRO Wing Commander Indranil Nandi said on Sunday night that all the specialised personnel who were airlifted from Delhi have reached Dehradun. The airlifting of these personnel from Dehradun onwards to the affected areas will start at 6:45 am on Monday, he said. “Scientists with specialised equipment will also be taken to the areas for aerial reconnaissance. We will ensure that maximum bases are available to support the operations,” he added. ◐ Gujarat Chief Minister Vijay Rupani on Sunday requested his counterpart Trivendra Singh Rawat to ensure immediate help and rescue of pilgrims from Gujarat stranded in the northern state. Rupani has also instructed Gujarat chief secretary Anil Mukim to contact the Uttarakhand administration and take immediate action in this regard, the Chief Minister’s Office (CMO) said in a release.

◐ Earlier Study Warned of Glaciers Melting: Today’s disaster recalls a 2019 study that warned about the dangers of climate change and said Himalayan glaciers have been melting twice as fast since the start of this century. The glacier collapse at Joshimath led to a massive flood in the Alaknanda river system and caused large-scale devastation in the upper reaches of the ecologically fragile Himalayas.Two years earlier in June 2019, a study spanning 40 years of satellite observations across India, China, Nepal and Bhutan, indicated that climate change is eating the Himalayas’ glaciers. The study, published in the journal Science Advances in June 2019, shows that glaciers have been losing the equivalent of more than a vertical foot and half of ice each year since 2000 — double the amount of melting that took place from 1975 to 2000.