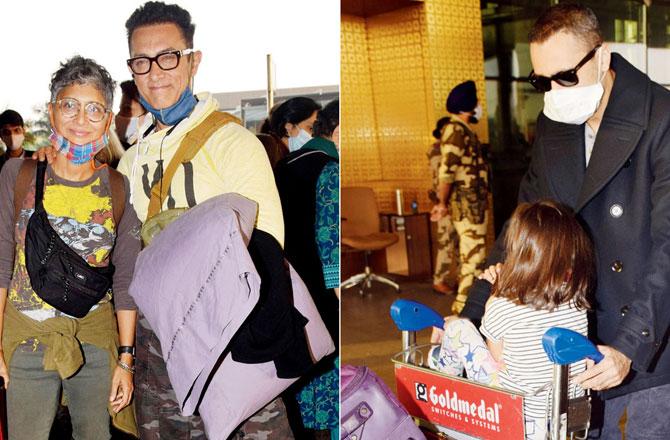 Ahead of their 15th wedding anniversary today, Kiran Rao and Aamir Khan winged their way for a holiday as part of the celebrations. Over the weekend, they were spotted at Mumbai airport. Ever since the lockdown began, Rao has been flaunting her silver crown. It seems that she is in no mood to colour her hair.

Son Azad and daughter Ira are accompanying them, but what caught everyone’s attention was the presence of the superstar’s nephew Imran Khan and his daughter Imara. Ever since there has been news about trouble in his marriage with Avantika Malik, Imran has been avoiding attention.

Recently, Aamir Khan did a photoshoot, which left his fans amazed. The actor shed of his Laal Singh Chaddha avatar for the shoot. It has taken years off his face. Khan, who turns 56 in March, 2021, but this picture makes him look half his age.

On the work front, Aamir wrapped up Laal Singh Chaddha. The film is a starring Aamir Khan and Kareena Kapoor Khan is helmed by Advait Chandan and is the Hindi remake of the 1994 Hollywood film Forrest Gump.