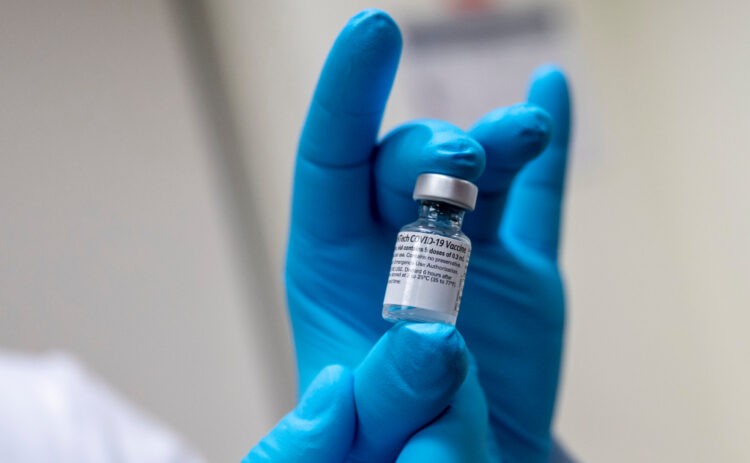 “I anticipate that we will be overwhelmed in that first week, but hope that it will quiet down a bit after that. But even with a very significant increase in the supply of vaccine, we’re estimating that it will still take a couple months,” said Los Angeles County Chief Science Officer Dr. Paul Simon on Friday.

Simon was speaking about this week’s massive expansion — on Thursday — of vaccine eligibility to all adults over 50 years old. Previously the approved group included only essential workers and those over 16 with co-morbidities.

The expansion comes at the order of Governor Gavin Newsom, who on Thursday announced that the eligibility for those 50+ would begin April 1. Newsom later promised that every Californian over 16 years of age would become eligible on April 15. Only the Pfizer vaccine is approved for use in people under 18, so people aged 16 and 17 will have to ensure they make appointments at a Pfizer vaccination site.

Based on the current estimates, California expects to be allocating approximately 2.5 million first and second doses per week in the first half of April, and more than 3 million doses in the second half of April. California currently receives about 1.8 million doses per week. These estimates may be adjusted as time goes on. The state has the capacity to administer more than 3 million vaccines per week, and is building the capacity to administer 4 million vaccines weekly by the end of April.

While state officials seem confident in increased supplies, local experts are less sanguine. “We greatly look forward to this expansion, but its success depends on vaccine supplies,” said Simon on Friday.

While President Biden said on Monday that 33 million doses of vaccine would be available this week, federal supply has not always trickled down to local California communities.

The last time the governor announced a major expansion of vaccine eligibility was on March 15, when he directed that Covid-19 vaccine appointments be made available to people aged 16-65 years old with an underlying health condition. That group comprises 4.4 million Californians, the majority of whom likely have not yet been vaccinated.

The timing of that expansion was problematic. It coincided directly with what one state official involved with California’s third-party vaccine administrator — Blue Shield — called a “really challenging” moment. That’s because Newsom greatly expanded access at the very moment the state had a static number of vaccines week-to-week.

“Immediately on the first day, there probably won’t be availability for everybody, just because…when you make millions of people eligible overnight, there’s not millions of appointments immediately available at that moment,” Markovich told CalMatters in an interview. “But I would say by the time we get to the end of April, or potentially early May, I don’t think that’s going to be an issue.”

Simon estimated that L.A. County will see 338,000 doses of vaccine this week, which represents a 21% rise. “I believe it is the highest number we have ever received,” said Simon. He also indicated that, for the first time in weeks, the county will be receiving some of the one-shot Johnson & Johnson doses. But L.A. needs much more.

“There will undoubtedly be 800,000 to 1 million additional people [who] will become eligible and not have previously received the vaccine,” Simon continued. “There may be challenges to immediately getting the vaccine. We certainly can’t handle a million additional people in addition to all the other people currently eligible. I urge people to be patient. If they’re not able to get an appointment immediately they should be able to as vaccine supplies increase in the coming weeks.”

Those numbers are a bit of a mystery to county authorities. While Biden promised to deliver local officials a three-week window of estimates by which they could plan, those numbers seem to be getting stuck at the state level. Newsom frequently cites such projections but they are not being parsed and delivered to county officials. Asked by Deadline about those ongoing issues, Dr. Simon said on Friday that they persist: “Our window continues to be week-to-week for the most part.”

As of Monday morning, L.A. County residents over 50 were not yet able to make appointments on the state’s Blue Shield-administered MyTurn site or at some CVS pharmacy locations. That would also seem to indicate there will be a rush fo appointments on April 1.

Officials in other areas of the state were concerned about capacity, as well. Sacramento-area health providers have already experienced issues with getting enough doses for those who want appointments. They expect those shortages to get worse on Thursday and even more severe on April 15.

One person over 50 who likely will not have an issue getting an appointment on Thursday is 53-year-old Gavin Newsom himself. While the governor has refused to jump the line, he will become eligible this week and says he plans to be vaccinated.

“I look forward to getting the best shot — and the best vaccine is the next one available,” said Newsom.