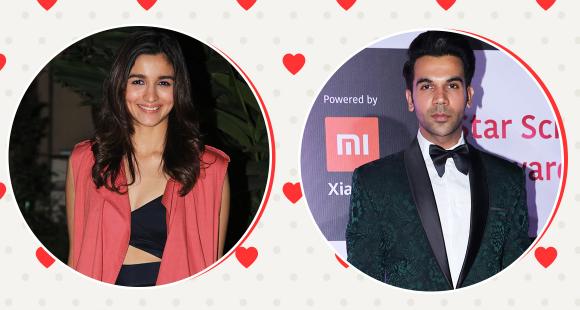 On the occasion of Valentine’s Day, let’s take a look at some new Bollywood couples that we would love to see onscreen in the near future.

Every Valentine”s Day you may find yourself in either two categories. One is the single’s group and the second one is in the happily committed one. Irrespective of in which category you fall, Valentine’s Day is undoubtedly a mushy day and a not-so-great one for single’s. But Valentine’s is not just meant for the lover in your life, but to celebrate every precious relationship. And on that note, we decided to make a list of actors who would not just look great opposite each other but make for a great onscreen pairing.

So, on the occasion of Valentine’s Day, let’s take a look at some fresh Bollywood pairings that we would love to see in the near future:

Both the actors dish out the boy/girl next door vibes and thus would make for a great onscreen pair. With Vicky’s charming smile and Shraddha’s adorable looks, we have a strong feeling that the actors with their impeccable screen presence would compliment each other well.

One of the top two actors in the industry today with a history of great performances and a fun line-up of projects, the coming together of Alia and Rajkummar will definitely be the one to watch out for. While Rajkummar is known for his terrific act in films like Newton and Bareilly Ki Barfi, Alia has floored millions with her performance in films like Raazi,, Udta Punjab and Highway. Imagine the duo in a romantic comedy or a hinterland romance film?

Last but not the least, Kiara Advani and Ranbir Kapoor. The actors have never come together onscreen but imagine their love story set in the midst of an urban setting. From college lovers to growing old, Kiara and Ranbir would make for a delightful sight.

Who else do you think would make for a fun onscreen couple? Let us know your thoughts in the comments below.

ALSO READ: Sushmita Sen & beau Rohman head out to shop ahead of Valentine’s Day; PHOTOS put an end to all breakup rumours