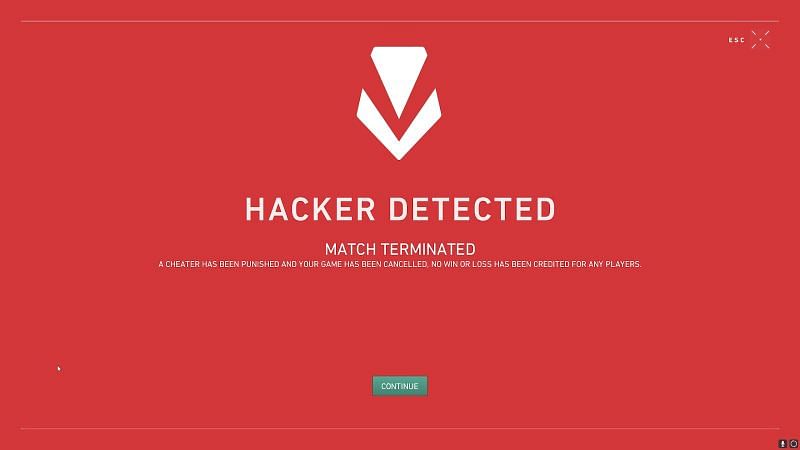 A recent developer diary focused on the Valorant’s anti-cheat vanguard system and discussed the future roadmap.

The developer diary was written by Matt “K3o” Paoletti, a Valorant Anti-cheat analyst. He discussed the anti-cheat measures in place for Valorant First Strike, cheating in a competitive game, and anti-cheat solutions coming to the shooter in the future.

In the developer diary, Matt “K3o” Paoletti discussed upcoming anti-cheat steps in the vanguard to ensure fair play for everyone. He informs that players queuing for competitive with cheaters will receive a 90-dayban. He also discusses re-calibrating the ranks of all players affected by cheaters.

Related: Valorant player gets banned live in a scrim against female Dignitas roster

Riot Games developers believe that their game should set a high standard right out of the gate for the competitive experience. With anti-cheat, an “esports ready” experience was the team’s goal, and First Strike, the first major Valorant tournament series, was the team’s largest target. The team wanted to ensure a level playing field for everyone.

The team was able to perform an in-depth review of every player’s account from every region, both before and after the tournament. The anti-cheat team collaborated with the esports team to coordinate with each region and crunch through lots of data in Vanguard.

Regarding the in-game competitive ladder, it does not share the advantages of a controlled environment like First Strike. However, the anti-cheat team has worked hard to make the vanguard effective and the cheating extremely difficult and expensive. As a result, there is only a small percentage of matches affected by cheaters.

The team targets to remove cheating completely from Valorant.

Cheaters in Valorant create a lot of inconveniences for the players. A player might miss a promotion, lose a winning streak, or even be demotivated, just because another player was using a third-party application.

The anti-cheat team has noticed that some players intentionally queue up with a cheater to get a rank boost. Matt “K3o” Paoletti says:

We saw that some players also looked to bask in the ill-gotten gains of cheaters by teaming with them—knowing that the cheater would get banned after a few games, but they would get to reap the rewards.

With episode 2, the team’s target is to ensure the grind to the top is valiant, fair, and legitimate.

Valorant’s anti-cheat Vanguard in 2021 and beyond

To ensure a valiant, fair, and legitimate grind to the top, the anti-cheat team is working on a variety of measures to be incorporated into the vanguard.

One of the first targets is to take steps against players who knowingly collaborate with cheaters. These players get the boost from the cheater, but do not get banned, as they didn’t utilize the cheats themselves. The developers at Riot Games firmly believe that rank should be an indicator of skill, and not the ability to pay for a service.

The Vanguard ban might a player for 90 days for knowingly collaborating with cheaters.

most common question I see around banning the ol’ “cheat bus” is “what if they didn’t know their queue partner was cheating?”. we’re really targeting concerted boosting services here, where the results are pretty distinct. precision is a massive priority in these actions. https://t.co/JGrDDOPT9x

The episode 2 rank redistribution will help keep an elevated level of integrity at the highest ranks.

The effective steps taken by the anti-cheat team in vanguard has always tried to maintain integrity in Valorant competitive. It seems set to continue in 2021 and beyond.

Valorant devs reveal the roadmap for Vanguard in 2021