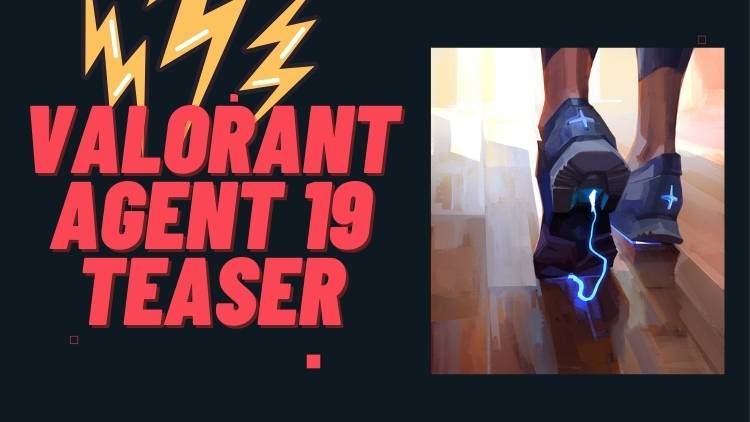 To date, Valorant players can choose from 18 different Agents. However, recently Valorant released a teaser of the upcoming Agent 19 during the broadcast of the VCT 2021 finals. Furthermore, they indirectly provided some clues about the new Agent through the voice lines of their latest agent Chamber.

We have drawn inferences regarding the next Agent from the teaser released by Valorant and by listening to the voice lines of agent Chamber.

The new agent is codenamed as “Sprinter”.

Here’s what we deduced so far

Agent 19 will be a Filipino

Except for Omen and Kayo, all the Valorant Agents hail from some location around the world. Based on a Chamber’s voice line “Viper, your suit is a little stifling, no? When you go meet the new agent, maybe pack something light, Manila is quite warm this time of year”. It can be guessed next Agent will hail from Manila, Philippines.

Another thing supporting this claim was the tweet by Riot Games. A teaser video in November, showing Valorant agent Killjoy’s desk and computer setup. A binary code shown in the video caught the attention of hardcore fans. This code translates to some coordinates in the Philippines.

Agent 19 will be female

Chamber refers to the new agent as ‘she’ in voice lines to other agents. Also, in the teaser, we hear a female voice. Considering both facts, the next agent is likely to be female.

Chamber’s voice lines hint that the next agent may be younger than almost all the agents. Chamber has voice lines saying “Reyna, radiant as always. Speaking of which, I have an impressionable young mind for you to corrupt. A gift from me to you.” Also in a voice line to Sage Chamber says, “Sage, I am told you are something of a radiant mentor. Expect a new student soon. I should warn you that this one is a bit…prickly”. Both of these facts suggest that the new agent might be a young person.

Agent 19 will be a Duelist

Based on a Chamber voice line to Jett that says “Zippy Jett needs some competition I think. I know just the person.” And the voice of the next agent in the teaser says “I go fast.” So we speculate that the next agent may be a Duelist.

Based on the image above and a Chamber voice line to Killjoy that says, “Killjoy, I hear your latest project lacks a power source. Do not be embarrassed, I have a solution.” It appears that the new agent may possess lightning or electrical abilities.

Thanks for the update