Home EntertainmentBollywood Varun Dhawan: Natasha and I wouldn’t have minded a live-in relationship

Varun Dhawan: Natasha and I wouldn’t have minded a live-in relationship 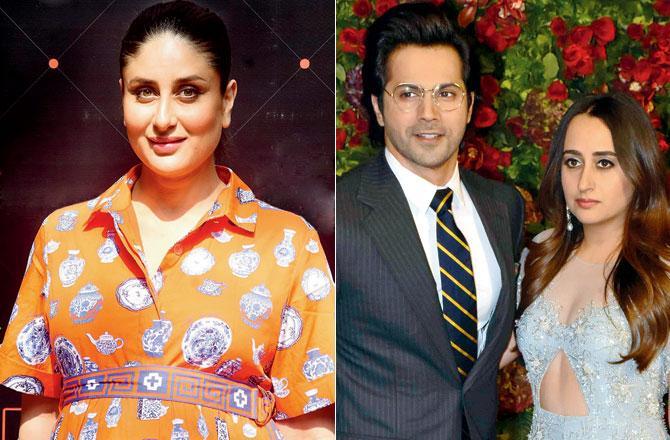 Kareena Kapoor Khan let out a well-kept secret that Varun Dhawan and Natasha Dalal are engaged. Dhawan featured as a guest on Bebo’s digital chat show, What Women Want. While talking about his longtime girlfriend, she referred to her as his fiancée, and he could only flash a smile.

“See, marriage, coming into this time period when you have been with someone for so long… I felt like getting married after I saw my brother and my bhabhi. When I saw my niece Niara, I was like, ‘This is good’,” he said on the show. He even revealed that Natasha had rejected the actor thrice before they started dating.

Initially, Varun Dhawan did not like to talk about his childhood sweetheart as he was not keen to mix his professional and personal life. The two were planning to tie the knot in a destination wedding in Thailand this year, but the pandemic made them indefinitely postpone the celebrations.

Dhawan added that he would have liked to be in a live-in relationship, but his family is keen they get married. “Natasha and her parents have been pretty chill in that sense but I think after a certain period, you decide that you want to live with each other. She and I wouldn’t have minded a live-in relationship but my parents wanted us… Because I have my own place now,” said Varun on the show.

On the work front, Varun has tested negative for COVID-19 and is currently shooting for Jug Jugg Jeeyo. The 33-year-old actor was diagnosed with COVID-19 alongside his Jug Jugg Jeeyo co-stars Neetu Kapoor, Maniesh Paul and director Raj Mehta while they shooting for the film in Chandigarh in the first week of December.