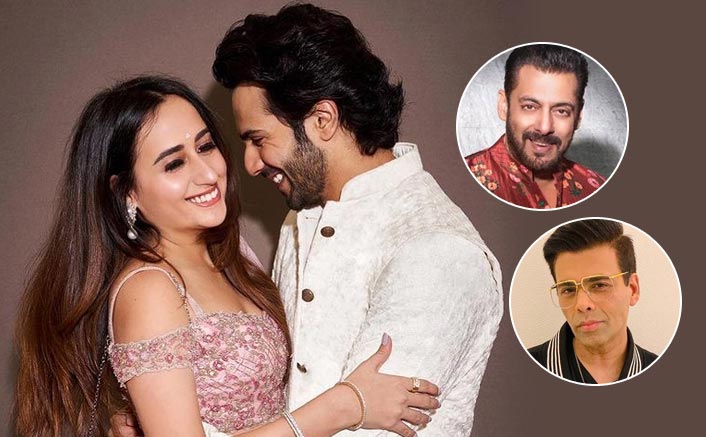 The hottest topic of gossip apart from the Box Office smashing Master is Varun Dhawan and Natasha Dalal’s wedding. Last evening a close friend to papa David Dhawan confirmed and revealed that the longtime couple is indeed taking the nuptial plunge on January 24 at Alibaug. The rumours about the same have been going viral for the past couple of days. While that is one bit of a confirmation, the newest update have the details about the wedding. From the expected guest to the time below is all you need to know about this big Bollywood wedding.

For the unversed, Varun Dhawan and Natasha Dalal are childhood sweethearts and the two have been in a relationship for quite some time now. Most recently Varun himself has said that if the pandemic subsides and things are in a better position, he will tie the knot this year. Following the same is the update now. Varun and Natasha will be getting married in Alibaug.

As per reports Salman Khan, a close friend to the family will be joining on day 2, which is the Mehendi, followed by a Cocktail night. Then comes the D-day as the two have opted for a sunset wedding. For the wedding, Natasha is said to have designed her own outfit and Varun is being dressed by close friend Kunal Rawal.

Following the wedding, a reception dinner will be hosted. It is also said that Varun Dhawan and Natasha Dalal will host a reception in Mumbai too which will also see who’s who walking in.

How excited are you for Varun Dhawan and Natasha Dalal wedding? Let us know in the comments section below. Also, stay tuned as we give all the updates about this big Bollywood wedding in the coming days.

Must Read: Vijay Blockbuster Special: From Pokkiri To Kaavalan, 5 Thalapathy Films You Need To Watch If You Loved Master