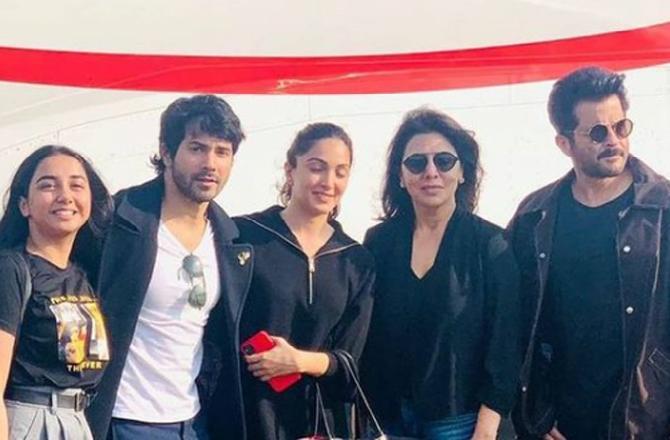 Actors Varun Dhawan and Neetu Kapoor, and director Raj Mehta, have tested Covid-19 positive. The stars as well as the filmmaker are part of the unit of the film Jug Jugg Jeeyo, which arrived in Chandigarh a few days ago for an outdoor stint.

Shoot has been temporarily halted, as per a report in filmfare.com. The cast and crew had arrived in Chandigarh in the second week of November.

The film’s other two lead actors, Anil Kapoor and Kiara Advani, have tested negative for the virus, informed celebrity photographer Viral Bhayani on his verified Instagram account on Friday afternoon. Have a look at his post right here:

No other person in the unit is known to have tested Covid positive. All cast and crew members were tested for the virus, before shoot started in November.

The film also features Maniesh Paul and YouTube sensation Prajakta Koli, who makes her Bollywood debut with the role.