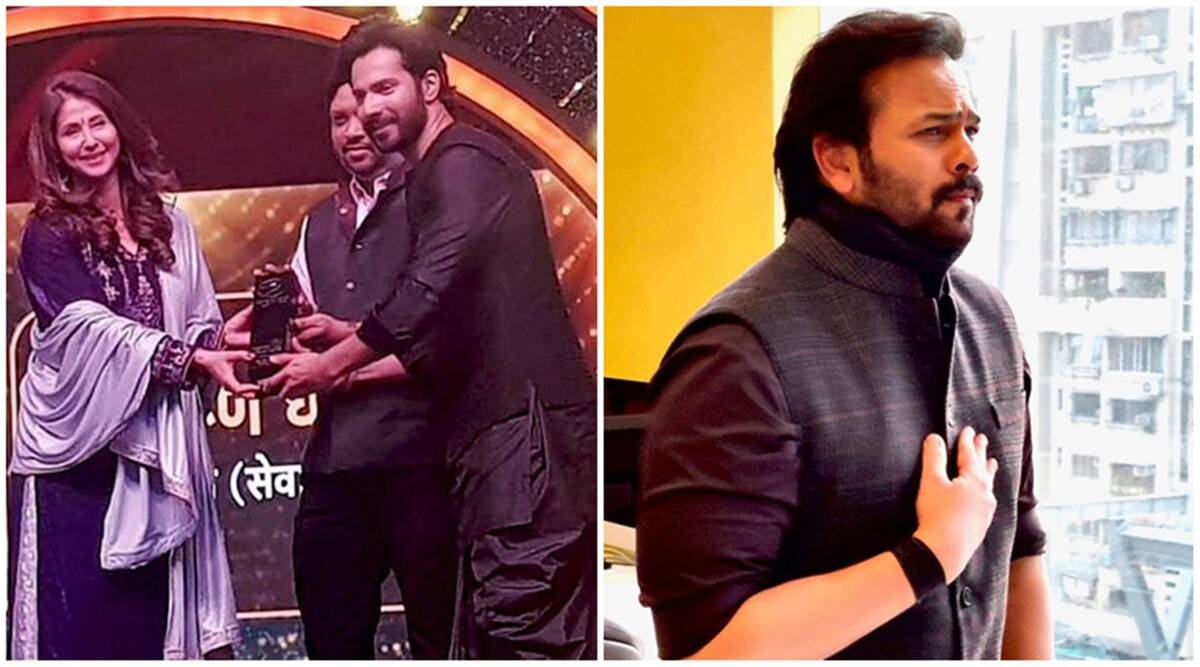 Bollywood personalities Varun Dhawan and Rohit Shetty on Saturday were honoured at the Sakal Sanman 2021 for their humanitarian efforts during the coronavirus-induced lockdown last year.

The awards that were held at Prabhadevi’s Ravindra Natyamandira in Mumbai recognised the contribution of citizens during the unprecedented crisis in the country that resulted in loss of life and livelihood.

Varun Dhawan donated Rs 30 lakh to PM-CARES and Rs 25 lakh to Maharashtra CM relief fund and also distributed free meals to the workers as well as healthcare staff leading the fight against the coronavirus.

He was presented the award by actor-politician Urmila Matondkar, who took to Twitter to post a picture with the Coolie No 1 star.

The awards were attended by Maharashtra Chief Minister Uddhav Thackeray, Sharad Pawar among others.

Director Rohit Shetty was also honoured for his contribution. The filmmaker was among the first Bollywood celebrities to announce financial assistance to the under-privileged.

The Simmba director donated Rs 51 lakh to Federation of Western India Cine Employees (FWICE) to provide financial support to daily wage workers in the Hindi film industry. Later, he made food and stay arrangements across eight hotels in the city for the personnnel of Mumbai Police, who are working to stop the spread of coronavirus on the ground level.

Expressing his gratitude for the recognition, Rohit wrote that it’s been an honour to serve Mumbai and its police force. “Meet the team that transforms me into a human being. @navin.p.shetty & @aalimhakim. It’s an honour to serve my city and to stand with the force that protects it… MUMBAI POLICE!  Thank you sakal sanman 2021 for this felicitation!” the director wrote.