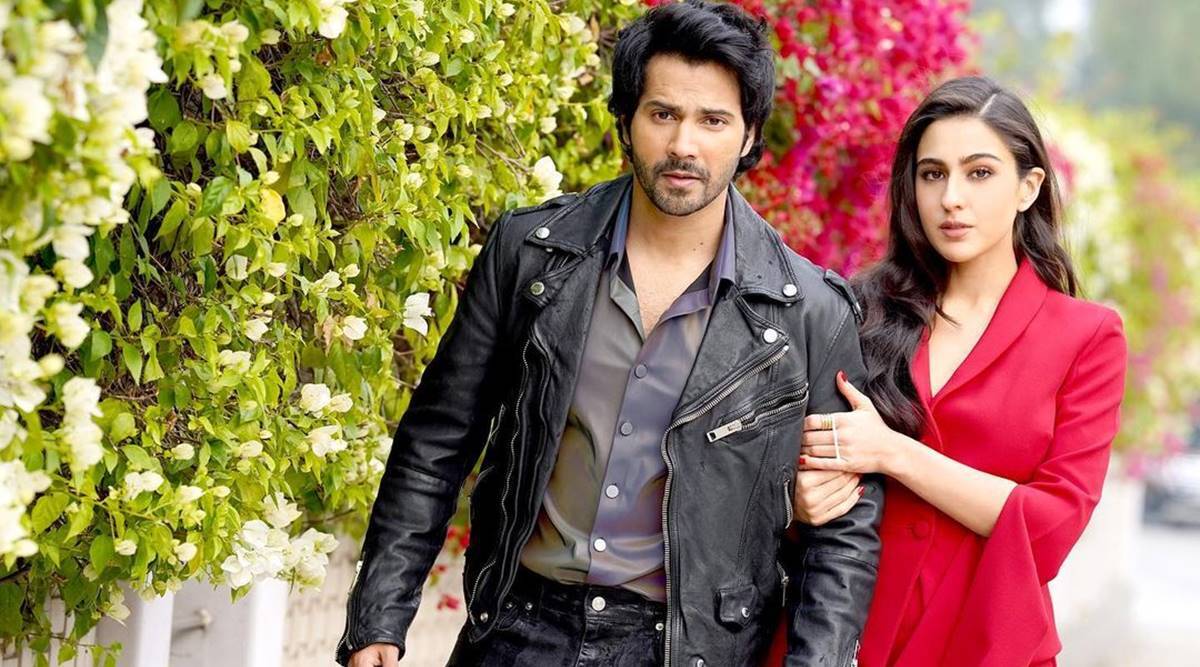 Actor Varun Dhawan turned host for the Coolie No.1 trailer launch event, which took place on Saturday. The actor who performed on the reprised version of “Main Toh Raste Se Jaara Tha,” said that the 1995 film’s remake is “very special” for him.

“This film is very special to me. Coolie No 1 (2020) is my father David Dhawan’s 45th film. So, you can expect 45 times of comedy, entertainment and everything. It is a crazy film. 2020 has been a hard year, which we all have experienced. With this film, our only aim is to make you laugh. We want all of us to move into 2021 in a very happy mode. Hopefully, we will win your hearts,” Dhawan said. Varun Dhawan with Sara Ali Khan and Paresh Rawal at the trailer launch of Coolie No.1. (Photo: Varun Dhawan/Instagram)

Varun introduced his co-star Sara Ali Khan and referred to her as “the most hard-working” actor. The two performed on a track from the new film called “Hatt Ja Saamne.” Varun, talking about Sara, said she has “given her best” in Coolie No.1. Sara added that while the film is a remake, they have tried to make it different from the original. “We have done a very different film. Cannot wait to spread joy and positivity with this film, which this year genuinely needs,” Sara said. They were also joined by Paresh Rawal.

Director David Dhawan sent a special message for the viewers. In a video clip, which was played during the virtual event, the filmmaker said, “25 years back I made this film with amazing actors like Govinda, Karishma Kapoor and late Kader Khan. I have had a fabulous journey of 45 years. In my career, I made films for the big screen but this time the film comes directly to your home. You can watch the film in the comfort of your house.”

During the event, Varun, Sara and Paresh also took some media questions.

Paresh Rawal, who has previously worked with David Dhawan in films like Swarg and Haseena Maan Jayegi, said he loves to work with the director because of his clarity. “I love working with him. He has clarity, sense of proportion and his comedy is never over the top. I would say his films are a great mix of Hrishikesh Mukherjee and Manmohan Desai,” Rawal said.

Coolie No 1 will premiere on Amazon Prime Video on December 25.