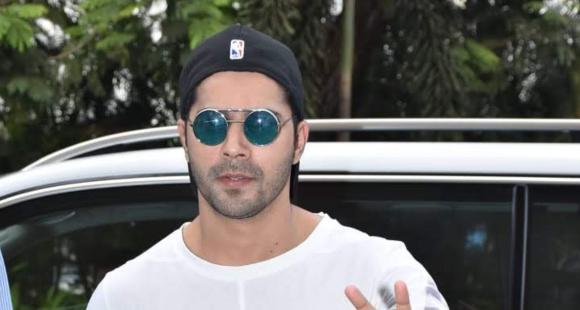 Varun Dhawan and Natasha Dalal will be getting married at a beach resort in Alibaug. Meanwhile, check out an exclusive video from the venue.

With less than 24 hours remaining for Varun Dhawan and Natasha Dalal’s wedding, the curious buffs are excited to get more updates on the same. We had earlier already reported that both the soon-to-be bride and groom’s respective families have already reached the plush venue where the wedding will take place on Sunday. The festivities had already begun on January 22. In the midst of all this, the paparazzi earlier caught a glimpse of all those who arrived at Alibaug.

We have now chanced upon an exclusive video in which one can get to see the outfit that Varun Dhawan would be wearing on his D-Day. Although the shutterbugs aren’t able to get a clear glimpse of the same, we can easily figure out that it’s a heavily embellished attire. This definitely makes us excited to see the wedding trousseau of Natasha Dalal! Varun’s stylist Akshay Tyagi had earlier revealed that the actor would opt for something subtle and simple for his wedding.

Varun and Natasha happen to be childhood sweethearts and have known each other for a long time. It won’t be wrong to call them one of the most adorable couples of Bollywood. Meanwhile, a strict No Phone Policy is going to be followed on the wedding day as per Natasha’s wish. The bride-to-be reportedly does not want the pictures to be leaked on social media. Apart from that, a total number of 50 guests will be attending the wedding while keeping in mind the current COVID-19 regulations.